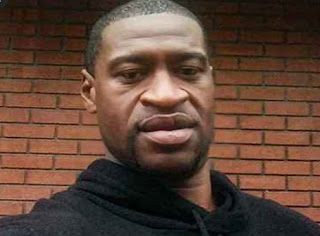 Once again, the brutality of the police lost a black life.

This happened in Minneapolis, America, another case of homicide that is clearly due to racial discrimination.

The murder of George Floyd shows that part of the police force continues to use excessive force against citizens of marginalized communities and remains hostile to them.

Prejudices, attitudes in society, racist bigotry lead to such murders. The same disease that the police and authorities in different countries suffer from – victims are attacked for hatred of the race or the community.

Dominant groups create narratives that dehumanize weaker areas and abuse them. Law on paper, but applied differently. Violence is unfortunate, but officers must take action.

We hope that there will be strict measures against the guilty. It happens in India, where Muslims are exposed to attacks that are lynched and framed in certain cases. The lower castes, the poor also suffer and are subjected to violence.

A lawyer was beaten in a recent incident, and later police officers claimed that he was wrong and beat him because he felt like a Muslim. It also occurs in several other countries. We stand by the victims and must speak for the oppressed all over the world, regardless of their race or belief.