Although it’s hard to believe, some of you still don’t notice that we’ve moved. Yes, that’s right … We no longer live in the wilderness of Marblemount, but moved 55 miles west on the salt water to the Skagit Flats. I wrote about it Here. Or you can watch the video that explains it Here.

It became clear to me that I had never actually written a blog post in the two months since we moved! I want to show you the progress of the garden first and in the next post show the progress with the shed and the gigantic mountain bike jump that Steve and the boys built.

Let me anticipate that: we LOVE it here. It is so different from our Marblemount homestead, but oh so welcome. There is less rain, less driving, much more cycling and the beautiful salt water! 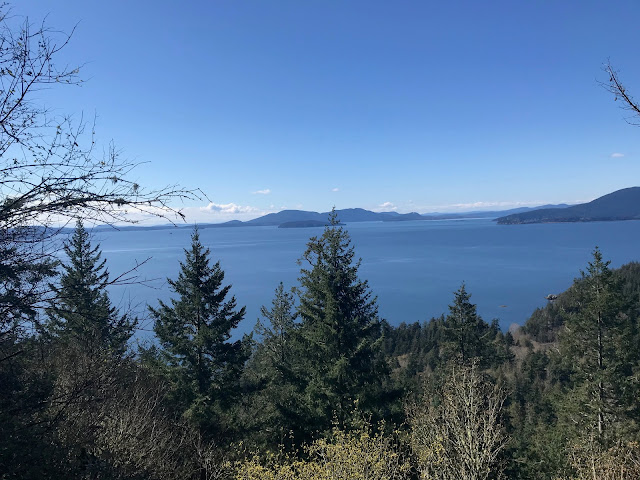 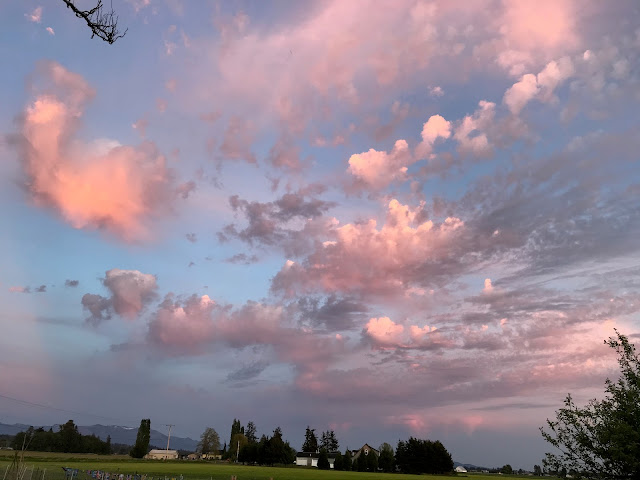 We started with an empty board two months ago. Lots of lawn, surrounded by huge fields, and a few ugly standard foundations around the house. 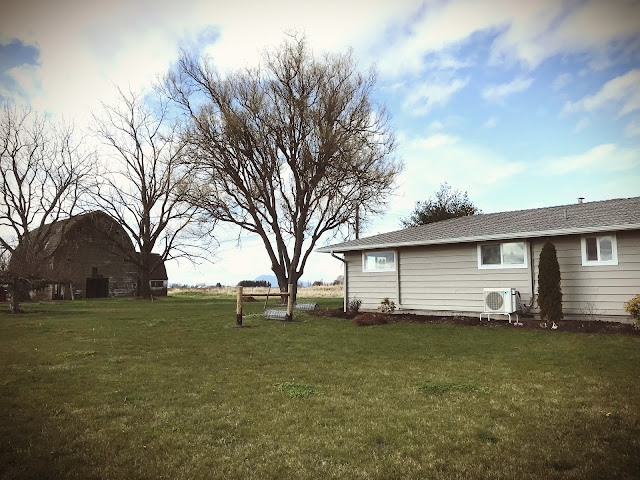 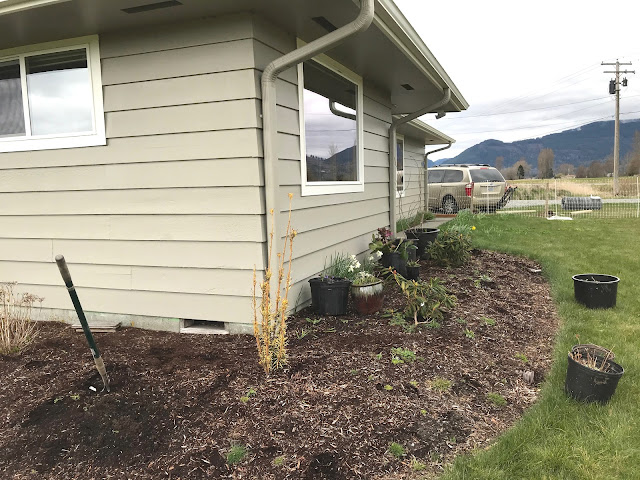 Before we were fully moved in, I started digging in the yard. I had transplanted and potted some of my favorite plants from Marblemount and started finding places for them here.

Friends gave me baby plants. Other friends gave me gift vouchers for my favorite children’s room, which is only a ten minute drive from our new home! Dangerous!!!

If you’ve been following my blog for a while, you know that I like flowers in the old English country style most, so they went inside. 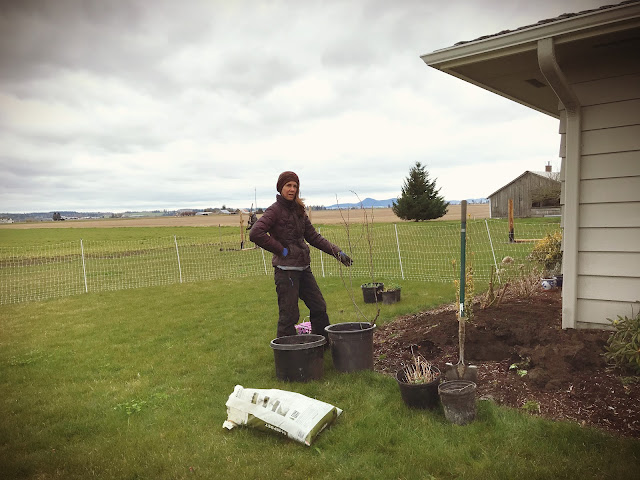 It’s a lot windier and drier here, but my babies seem happy. Below is a picture I took this morning. Not bad out of nowhere, is it?

There are old English roses, lupins, lemon balm, iris, California poppies, pulmonaria, chives and dozens of newly planted tubers of dahlia. One of my friends gave it to me because he always has a lot of babies. That literally saved me hundreds of dollars! 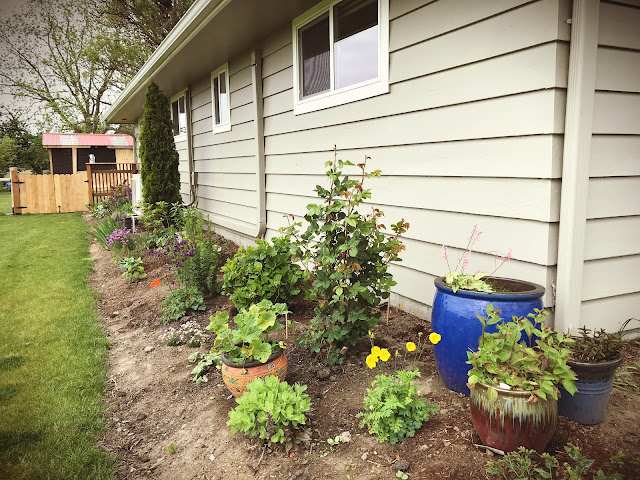 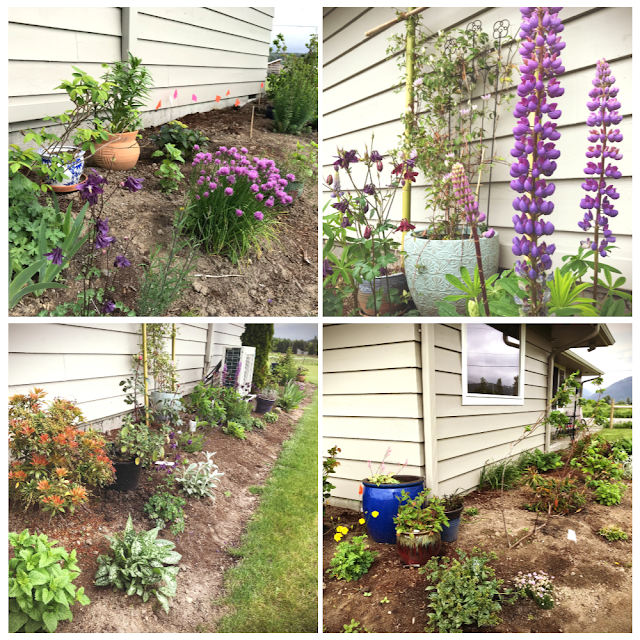 The other priority for Steve and me was the vegetable garden. We originally intended to simplify and not have a large garden. Hm. So much for that.

We started rototilling a plot of land and it looked ridiculously small compared to the huge garden we have at Marblemount.

The next time Steve had to rent a tractor for work, he brought it in and plowed in another place. 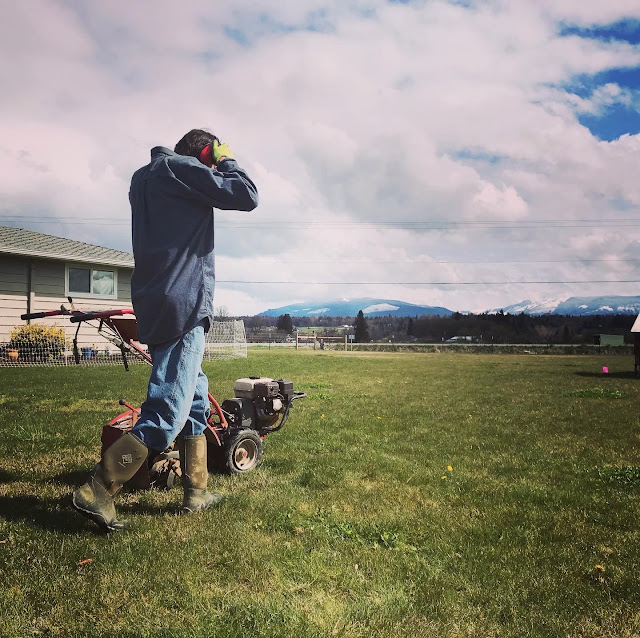 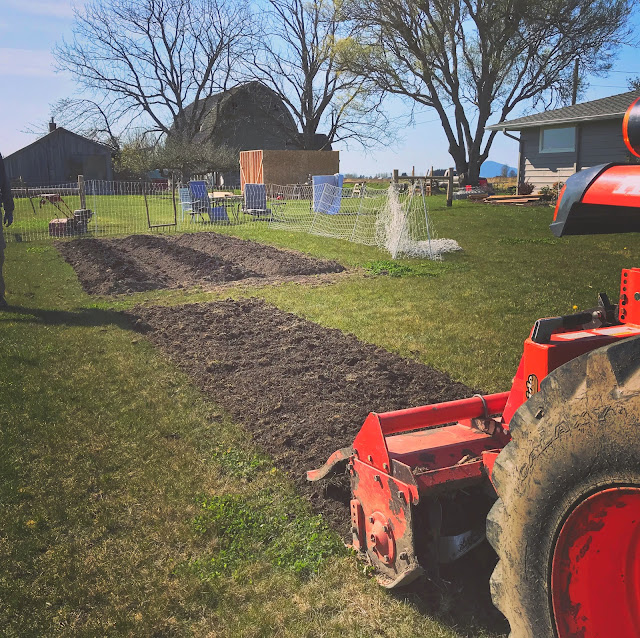 We ordered a couple of truckloads of compost, each costing $ 30 and absolutely worth it, and then I made raised beds. The bottom down here is a lot sandy and I have to water more. But it is good, fertile soil, as it is one of the most famous agricultural regions in the country.

I also put up some of my prayer flags that our three children were very upset about. They didn’t want other people to think we were all hippies. I tell you we had a pretty big argument about it and in the end mom won because I don’t care if my kids are embarrassed.

In addition, the flags will hopefully serve as scarecrows for the birds. Hippie scarecrows. You’re welcome, children. 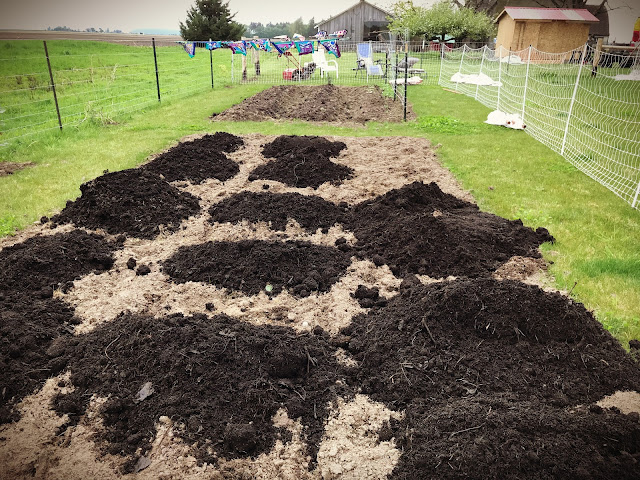 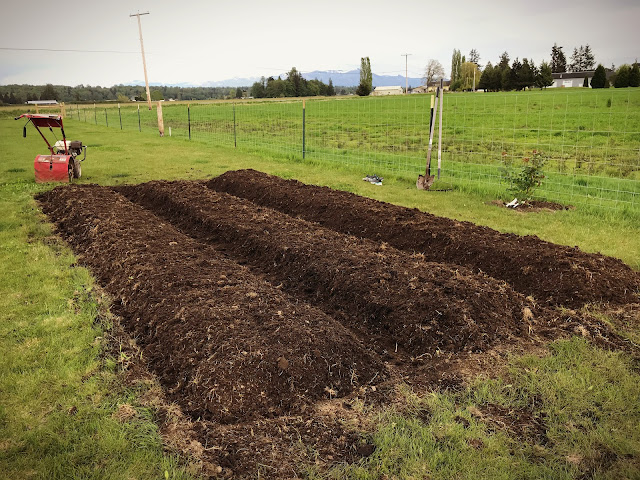 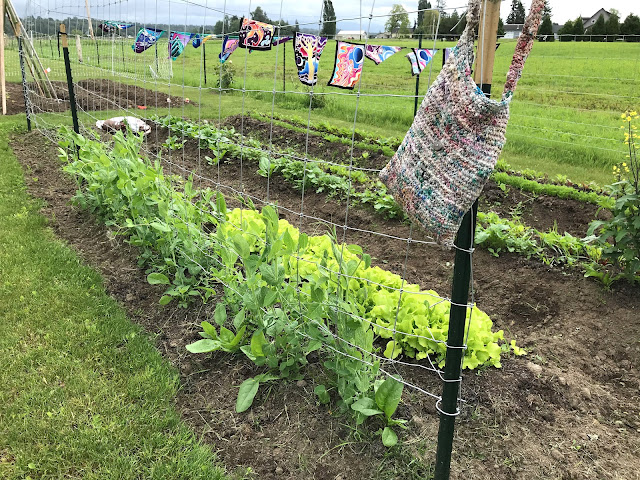 As of today, the third week of May, our garden is in and thriving. Peas, lettuce, kale, bok choy, chard, spinach, carrots, beets, onions, cucumbers, beans and tomatoes.

We have no deer problems here, but the @ #% ^ * rabbit ate my newly planted wisteria. I have our big dog Raka chase the rabbit so that it is prevented from living under the shed and having a hundred thousand babies … I don’t think it will work. 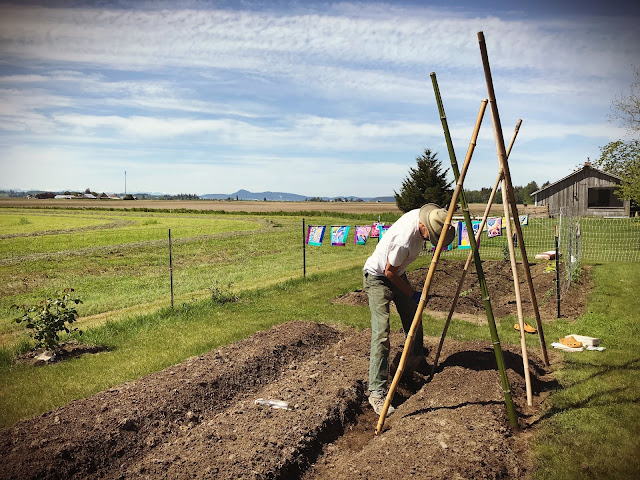 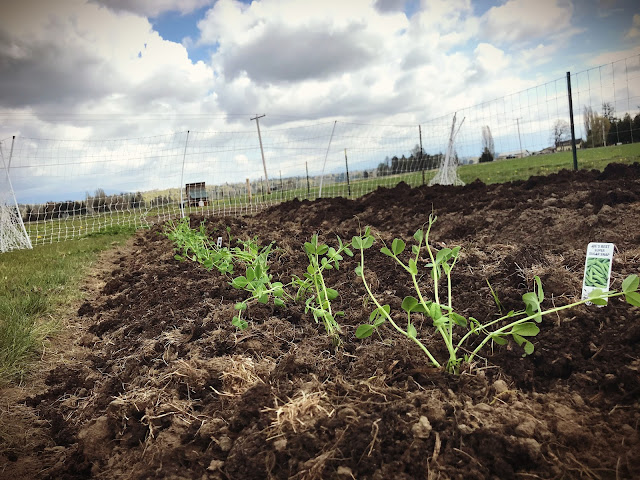 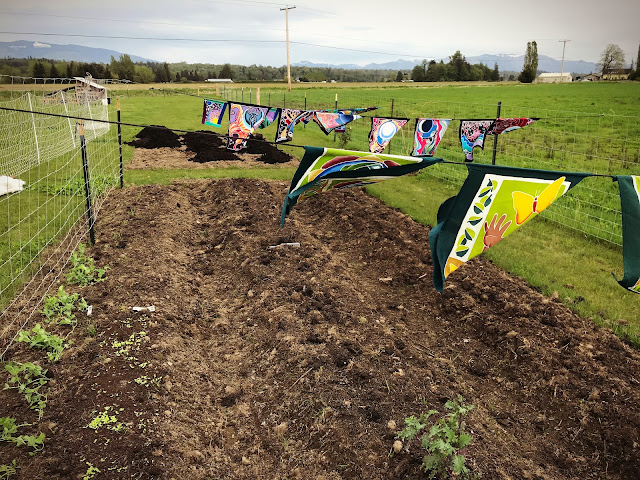 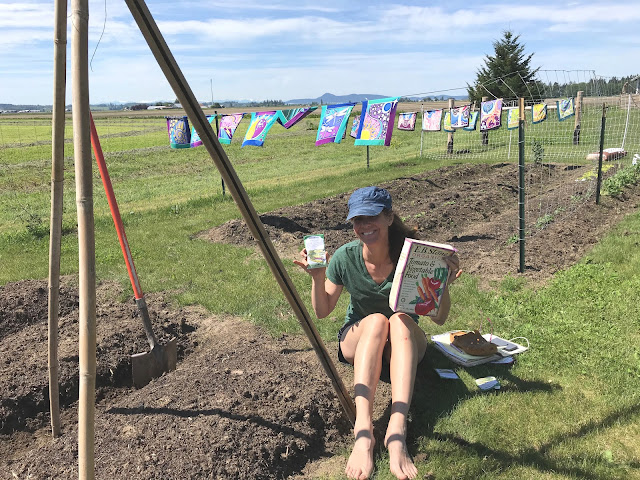 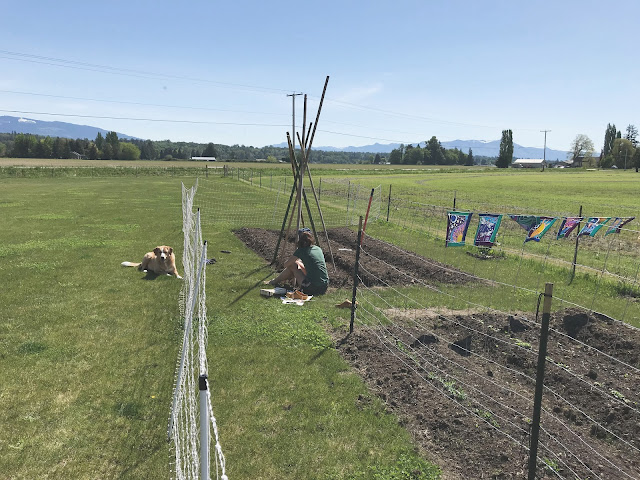 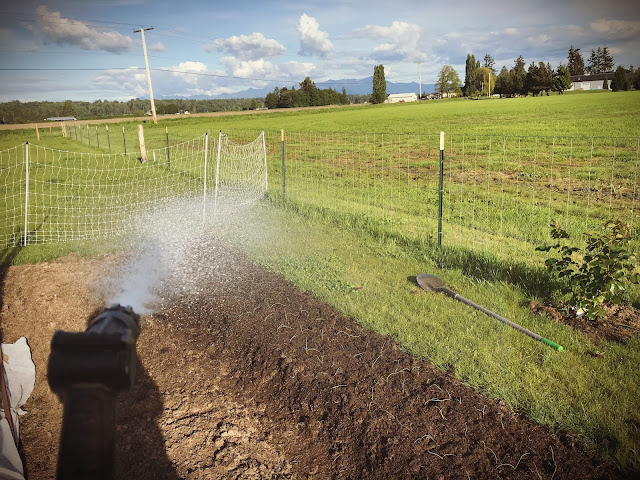 We bought and planted three apple trees from Cloud Mountain Farm because the best time to plant fruit trees was ten years ago.

Although we still have our large orchard in Marblemount, we also want apple trees down here. Not everything sounds conspicuous here, but our homemade cider, which we made with our own apples last year, is better (and cheaper) than bought in the store.

So there will be a lot more cider in the future. Once that damn pandemic is over, you have to come by, sit with us in the windy courtyard, and admire the view while drinking hard cider. 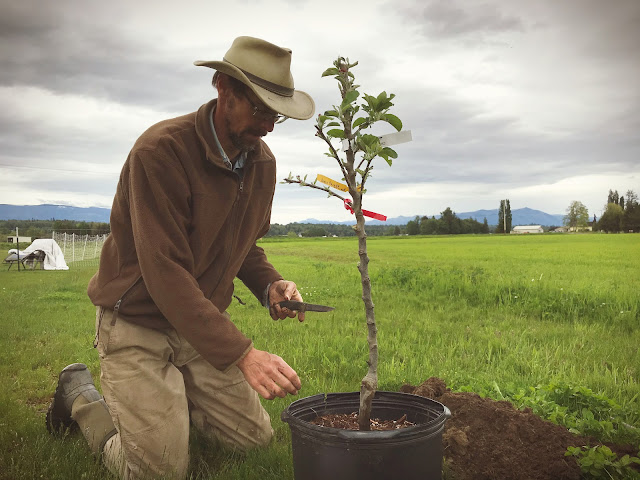 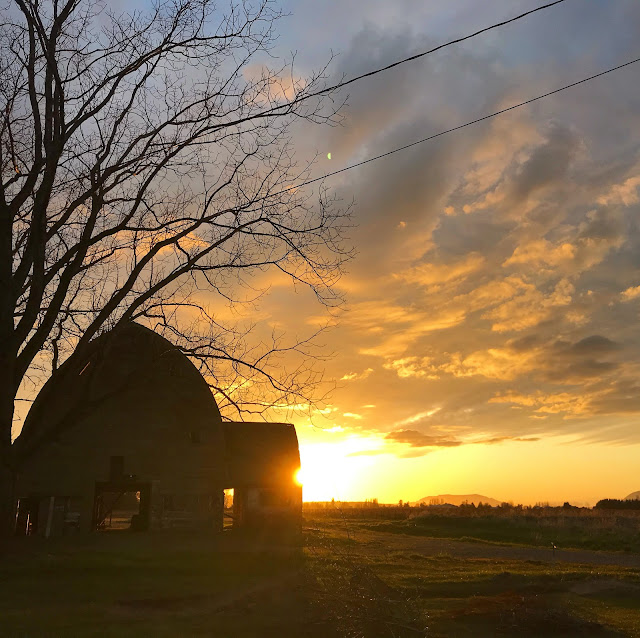 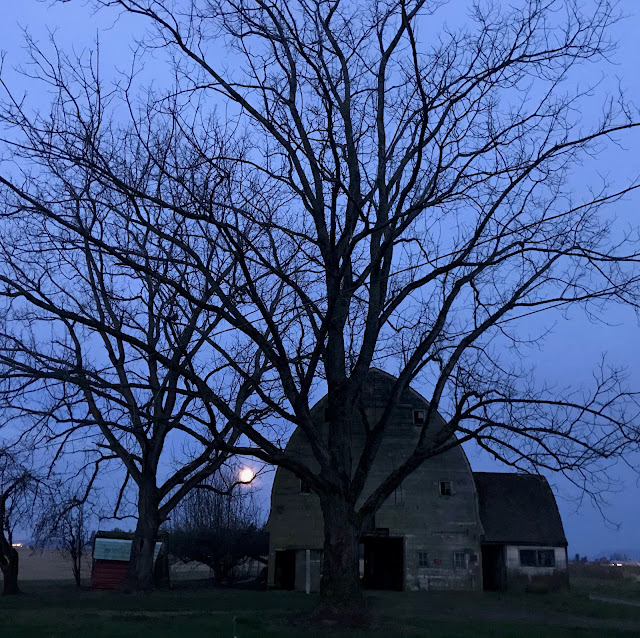 Next time I’ll show you the progress the boys have made with the shed. You will also see why my hair looks grayer than ever and not just because my hairdresser is in quarantine. Mostly it’s because Luke made a 9-foot mountain bike jump and starts off regularly.