San Francisco has many well-known attractions worth visiting, including the Golden Gate Bridge, Pier 39 and Fisherman’s Wharf, the Coit Tower, Oracle Park and Lombard Street. But did you know that there are also some strange factories, museums, markets, parks and curios? Here are some of San Francisco’s best hidden gems. Did you know that the fortune cookie was created in San Francisco? Don’t listen to the people who say it was invented in Los Angeles. There is also a small fortune cookie factory in Chinatown: the Golden Gate Fortune Cookie Factory. Now the word “factory” can display the wrong picture in your head. This small business in an alley in Chinatown is not for claustrophobia. It accommodates two fortune cookie stations, a woman who takes the money for cookies or pictures (a photo costs $ 1), and about 6 customers. 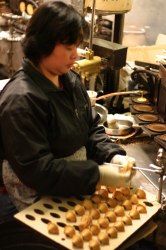 It is interesting to see how cookies are created. A machine creates a series of circular cookies. A worker then grabs a fortune and folds the still warm biscuit over a metal bar.

The factory is located between Grant and Stockton. Most people go to Grant Avenue in Chinatown, but the heart of real Chinatown is one block west on Stockton Street. On Stockton you will find grocery markets selling live turtles, live fish and vegetables that you would not normally see in your local grocery store. The next time you are in Chinatown, leave the beaten path. Try a fresh biscuit or a pastry filled with bean biscuits from a local bakery. We all enjoyed a visit, although there was some controversy between my wife and me about how good a fortune is, “a new pair of shoes will bring you a world of good”. 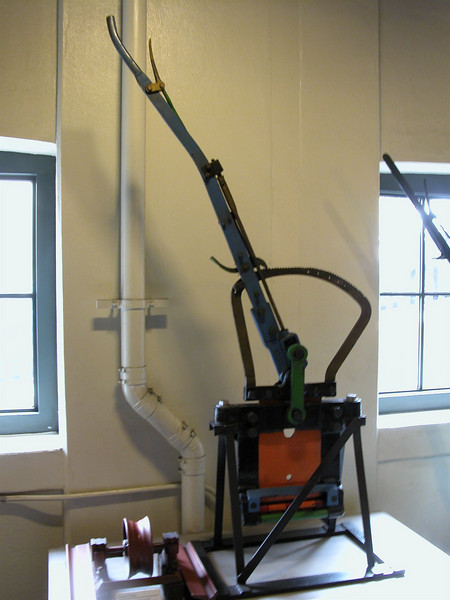 Did you know that a cable car has no motor? Each of the cars has a “handle”, which is essentially a very large pair of pliers. The cars move because the grip man uses the grip to grip the cable that is moving at a constant speed of 9.5 miles per hour. What keeps the cable moving are some very large GE motors that are in the cable car barn and in the museum. 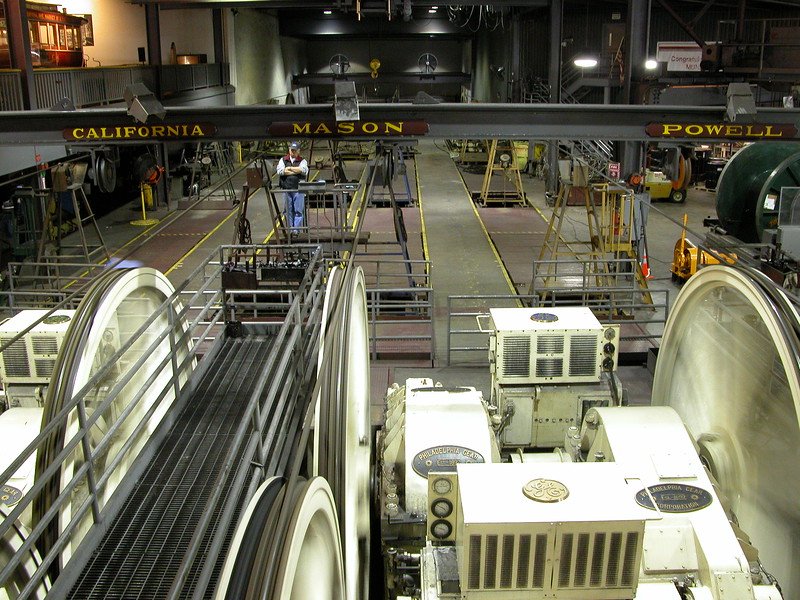 Just down the hill from Grace Cathedral on Nob Hill is the place where the cable car lines cross. Here you will find the cable car barn and the museum. This is a free museum and is great for nerds like me who want to know how things work.

You can watch videos showing what the signs on the cable car line mean. Some signal to the Gripman to let go of the cable and drift through an intersection because they are about to cross another line. Watch other videos that show the history of the cable cars. Come to the museum before taking the cable car.

San Francisco has a number of well-known museums such as the San Francisco Museum of Modern Art, the de Young Fine Art Museum and the Legion of Honor Fine Arts Museum. But one of my favorite art museums is a little more niche. We took our kids there when they were in elementary school, and I still have fond memories of the museum, but especially of the classes. In the calendar you will find courses such as cartoon, drawing RPG characters and summer cartoon camp.

The museum was founded in 1984 and has expanded since our first visit. The current convenient location is right next to Ghiradelli Square. If you want to see Rodin sculptures, go to the Legion of Honor. If you love strange modern art, visit the de Young or the MOMA, but if your favorite artist is Bill Waterson, check it out Comic Art Museum. 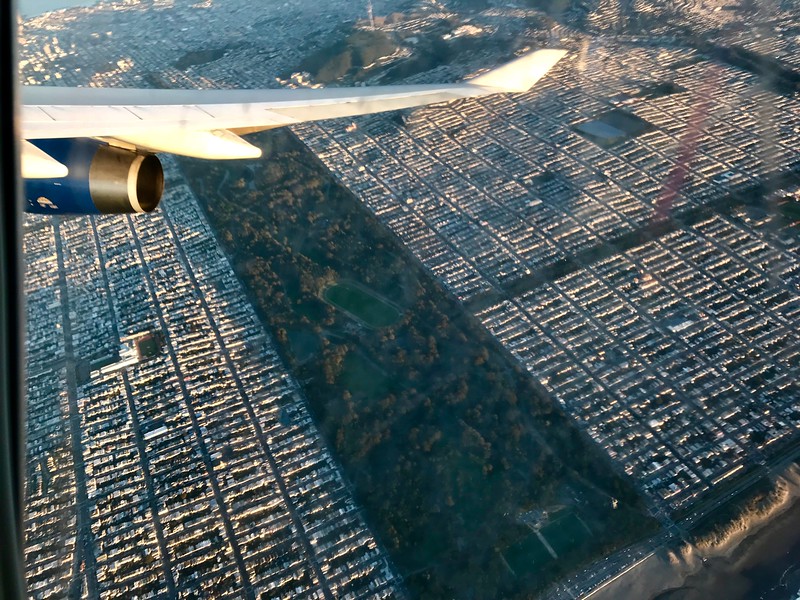 Buffalos in the Golden Gate Park

Golden Gate Park offers some well-known highlights such as the Japanese tea garden and the wonderful museum of the California Academy of Sciences. But did you know that the Golden Gate Park has a herd of buffalo (technically bison)? There is a paddock with American bison right next to Spreckels Lake. While the park first got bison in 1890, the current herd dates from 1984. California Senator Diane Feinstein was Mayor of San Francisco in 1984, and gave her a bunch of bison for her birthday. While I have to wonder if this was a massive miscommunication between the Feineins, San Francisco is better off for the gift. So if you don’t have time to get to Yellowstone National Park in Wyoming or Custer State Park in South Dakota, you can still see these majestic animals.

Do not imagine that this is a petting zoo. Bison deserves some distance. They can run up to 30 miles an hour and weigh a ton.

A gem you can find in San Francisco is not that far from places that most tourists reach, and that is Hyde Street Pier. Hyde Street Pier is part of the San Francisco Maritime National Historic Park and is right next to Fisherman’s Wharf and directly opposite Ghirardelli Square, but is often ignored by tourists. Within the Hyde Street Pier you will find many historic ships, including square sailing ships, a steam tug and a paddle wheel tug.

Hyde Street Pier is open seven days a week from 9:30 AM to 5 PM. However, you must arrive by 4:30 p.m. if you want to buy a ticket for the historic ships.

Near Hyde Street Pier, but not part of it USS Pampanito This is a World War II submarine that was used in the Pacific during the war. If you’re a fan of such things, a tour of the vicinity of a submarine can be a great, if claustrophobic, experience. The pampanito is located at Pier 45 just behind Fisherman’s Wharf. It is declared a national historical landmark. As with the ships on Hyde Street Pier, Pampanito is an educational and accommodation program for schoolchildren. The pampanito is open from Sunday to Thursday from 9 a.m. to 6 p.m. and on Friday and Saturday until 8 p.m. Tickets for adults are $ 20, tickets for teenagers (ages 5 to 13) are $ 10.

The ferry terminal in San Francisco at the end of Market Street was one of the busiest ferry terminals in the world before the construction of the Golden Gate Bridge and Bay Bridge. You can still get on a ferry at the ferry building, but these days many people only come to the grocery stores that have breathed new life into this classic San Francisco landmark.

Angel Island is a California state park with some of the best views of San Francisco. This island was mentioned by the author Richard Henry Dana Jr. in his book “2 Years Before the Mast” as a wooded island in the San Francisco Bay. Dana visited the island in the 1930s, but the island is still forested today. There are a number of cycling and hiking trails.

The island is also an important historical site as it used to function as Ellis Island on the west coast. You can still see the ruins of the old Angel Island Immigration Station in the northeast corner of the island.

You can reach Angel Island by ferry from either San Francisco (Pier 41) or from Tiburon near Sausalito. At the end of a breakwater that protects the marina, you will find one of perhaps the strangest scientific projects since the potato clock – the wave organ. The wave organ plays “music” or at least sound through tubes that protrude into the bay. It is best to visit in a day with some wave motion. This project was designed by one of the Exploritorium Museum designers and looked like the ruins of an ancient civilization. The Grace Cathedral offers two surprises that are popular with tourists. Both inside and outside the cathedral you will find a labyrinth where you can take a walk while meditating. Don’t worry if you are lost in thought because you can’t get lost in a maze. Unlike a labyrinth, there is only one very winding path. Just keep going and you will come out on the other side.

If writers like Allen Ginsberg, Jack Kerouac, and William S. Burroughs are still out and about in San Francisco, expect them at the City Lights Bookstore, the epicenter of beat-generation culture in San Francisco. This iconic bookstore is independent in many ways and you probably still won’t confuse it with your local Barnes and Noble. If you love books, City Lights is one of two particularly large independent bookstores in San Francisco. The second would be the sprawling Green Apple Books in the Richmond District. City Lights is in the shadow of the Transamerica Pyramid at 261 Columbus Avenue on Broadway.

In contrast to City Lights, the above-mentioned Green Apple Bookstore is not in a tourist-frequented area. The Richmond District is located in the west of the city between the Golden Gate Park and the Presidio. It’s a residential area, but it’s also home to some of the best ethnic food in San Francisco.

San Francisco has many great ethnic restaurants and many great neighborhoods. For Mexicans and a burrito, visit the Mission District. For Chinese, visit Chinatown. For Italian, visit North Beach. Take a trip to Clement Street for a great mix of Burmese, Vietnamese, sushi, and hot pot. 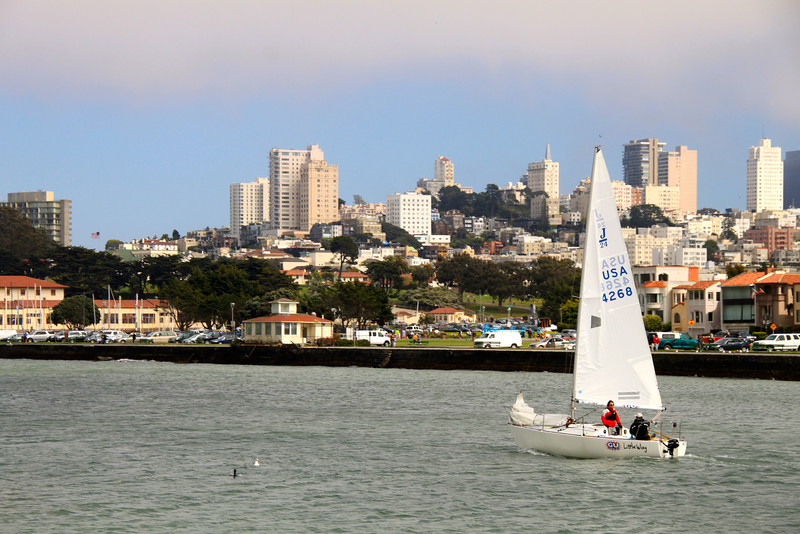 Right next to the fishing quay is a small piece of green that was formerly a base of the U.S. Army called Fort Mason. Fort Mason is now part of the national park system and home to the Golden Gate National Recreation Area and the Golden Gate National Parks Conservancy. It has a center for art and culture at the Fort Mason Center. There is a farmers market and hostel every Sunday with a million dollar view of the bay, all a short walk (uphill) from Fisherman’s Wharf.

On the other side of the Golden Gate Bridge is a large open area that represents the Marin headland. It is part of the Golden Gate National Recreation Area. It offers a beach and numerous walks. In the Marin headlands you will find an old military base that has been turned over and used for other purposes. One of the old officers’ quarters is now a hostel and some of the other military accommodations are upscale Cavallo Point Hotel. You will also find the remains of America’s last line of defense against Cold War nuclear attacks. The Marine Mammal Center has rescued animals and some of the best views of San Francisco and the Golden Gate Bridge