There is nothing better than a good country walk to get some fresh air and relax. My friend Rowen and I met in Chilham to explore the area.

Chilham is located southwest of Canterbury in Kent and is arranged around a market square surrounded by half-timbered houses of Tudorian origin. There is a 15th century church at one end and the magnificent Chilham Castle at the other.

In the middle of the square there are plenty of free parking spaces with a pub, gift shop and Shellys tea rooms. The castle is only open on a Tuesday and that is only during the summer months and you can reach the castle directly along the street behind the town hall.

The church is quite impressive and it is said that Thomas Becket was buried there in the churchyard.

Thomas Becket was Archbishop of Canterbury from 1162 until his murder in 1170. He is said to have been murdered by four knights after quarreling with King Henry II. After his death, Pope Alexander III. Canonized and his remains brought to Canterbury Cathedral. Many people made a pilgrimage to see his grave and to show their respect. 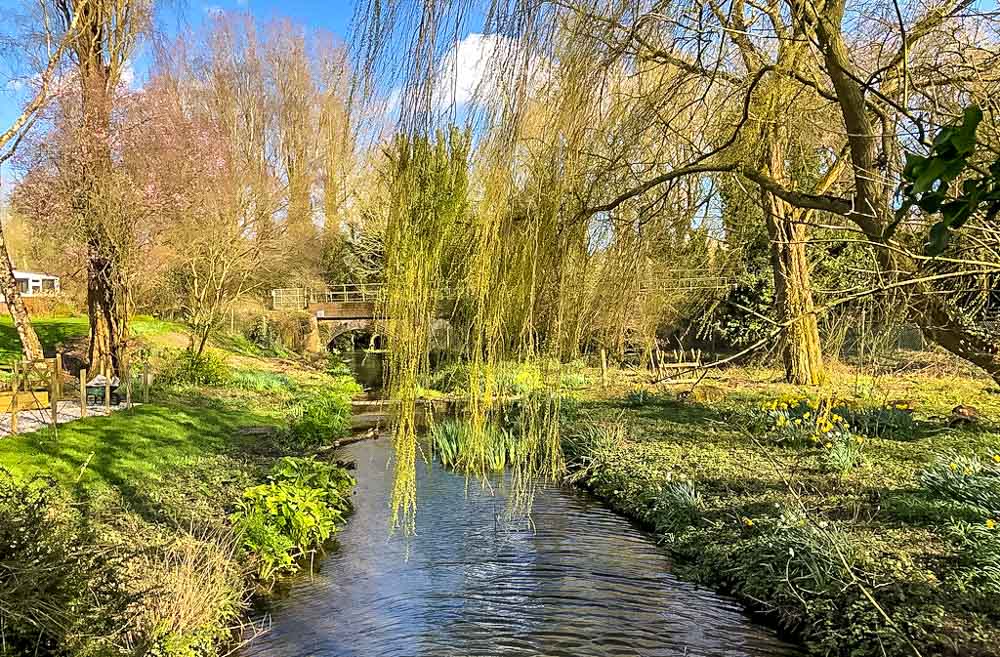 Chilham is considered an agricultural village and consists mainly of listed buildings. It lies above the Stour River and is surrounded by a beautiful Kentian landscape. 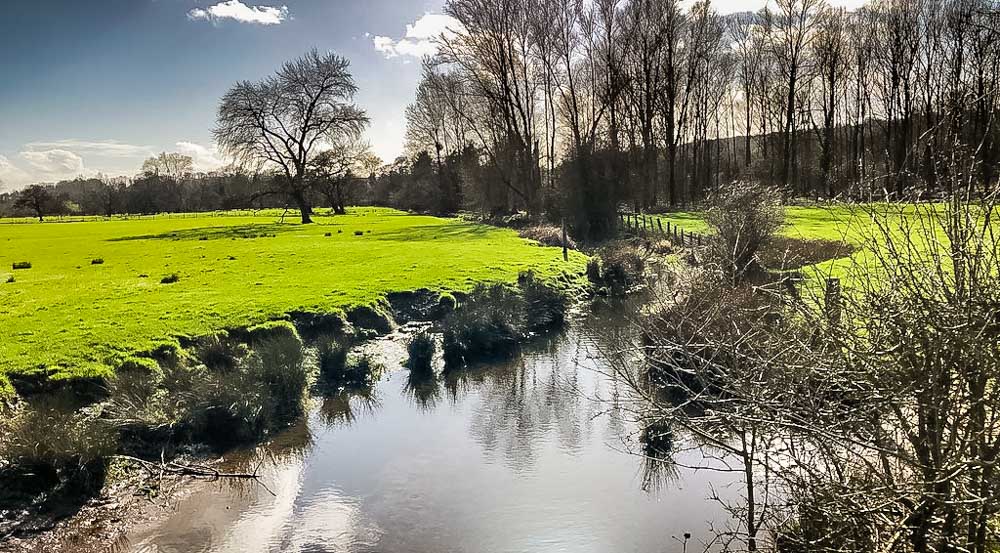 No wonder it has been used for many TV productions, including A Canterbury Tale, Moli Flanders’ Adventures in Love, Jane Austin’s Emma, ​​Agatha Christie’s Hercule Poirots Christmas, Miss Marple, and Top Gear. 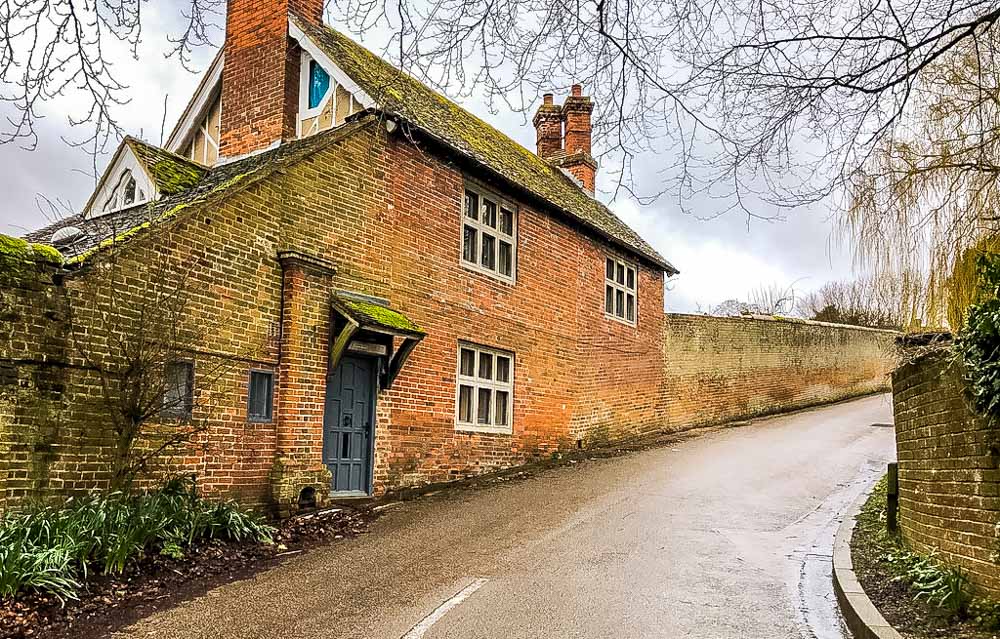 Chilham Castle was originally built in 1616 by Sir Dudley Digges. It was built on the site of a medieval castle and has since been restored to its former glory. The castle was owned by the Viscounts Massereene and Ferrad until 1997 and is now owned by Stuart Wheeler, who bought it in 2013.

The gardens were designed by Thomas Heron and Lancelot “Capability” Brown. 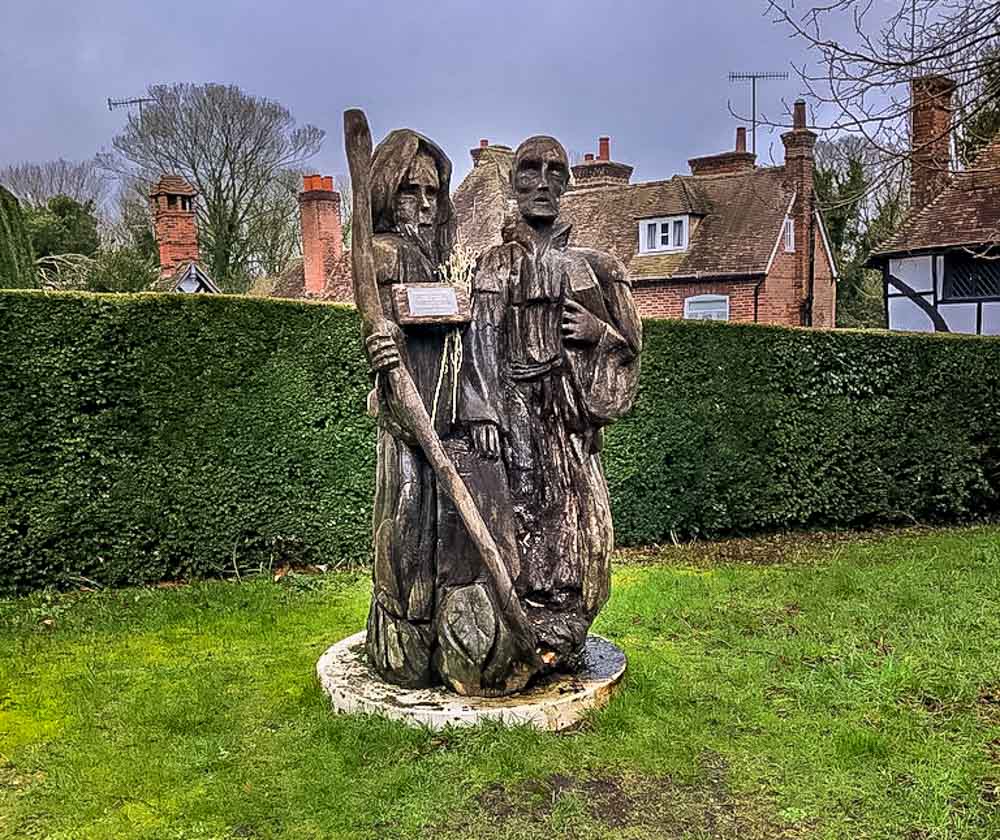 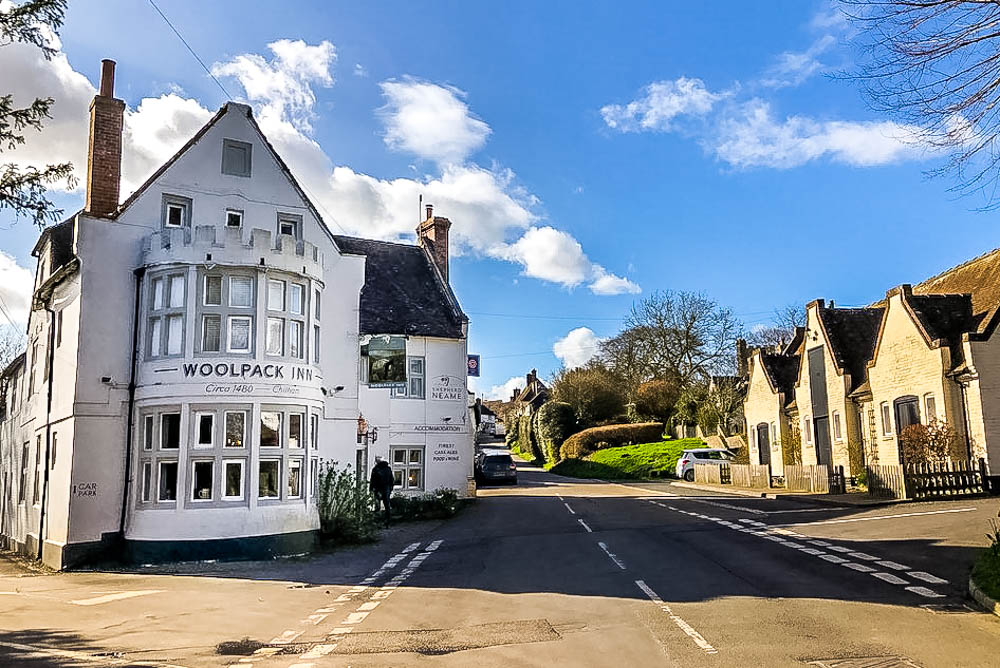 We crossed the railroad tracks and the bridge, past the old Oast House and over the bridge to the willow tree 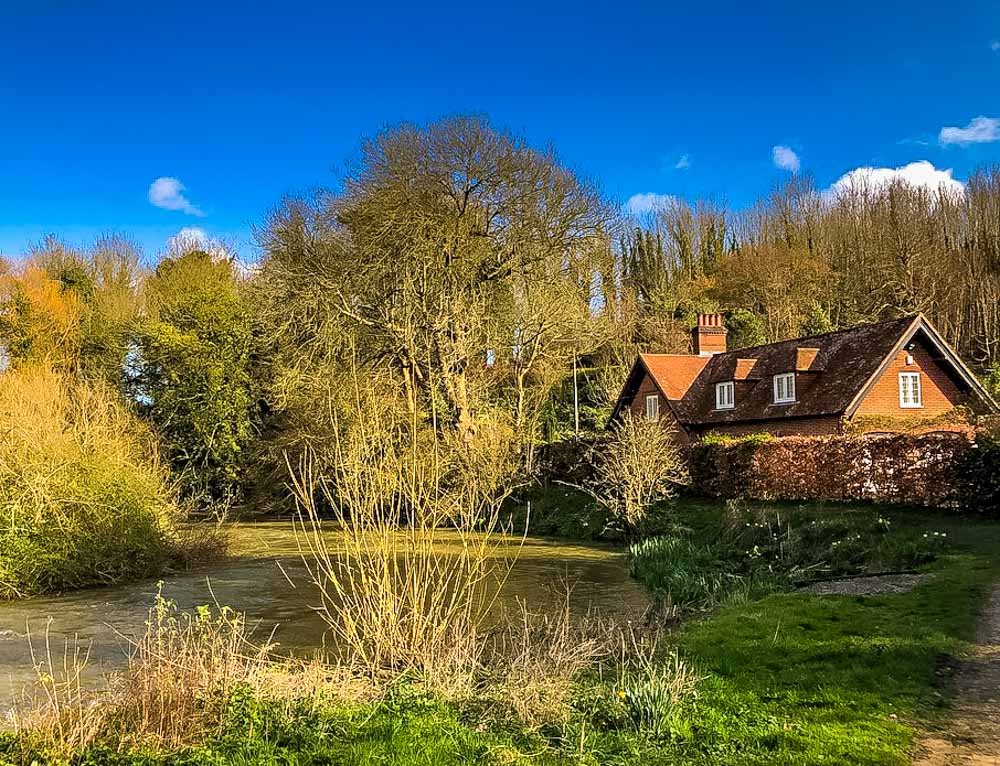 We walked past the hut and up the hill, which led us into the breathtaking landscape. 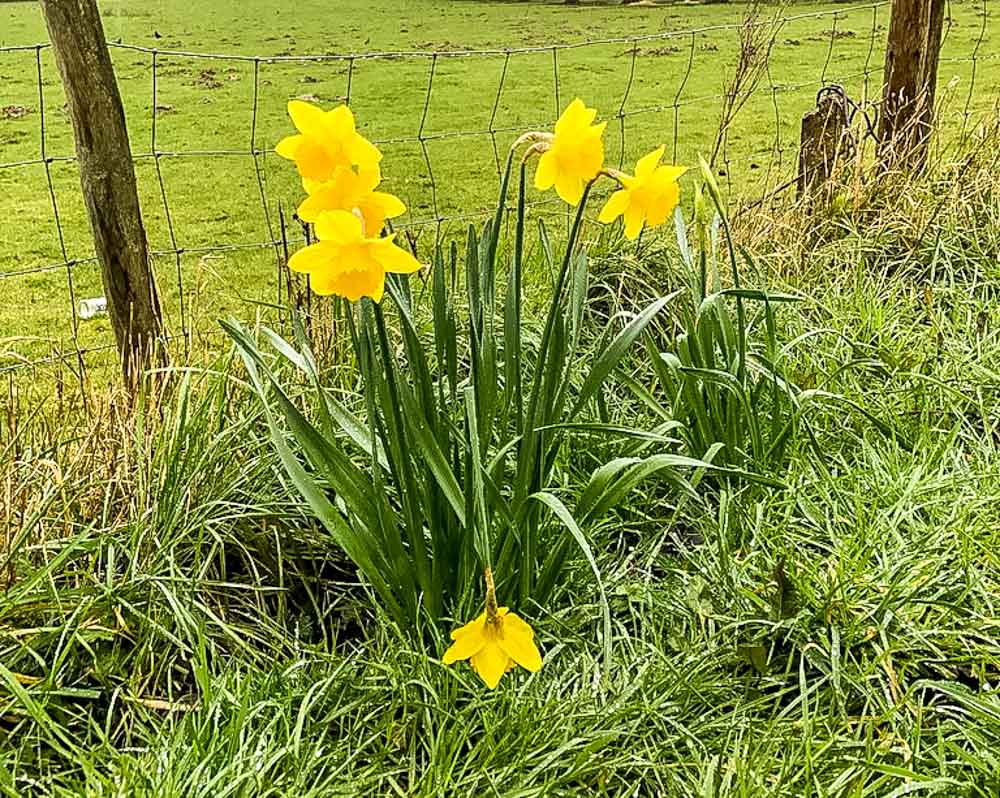 We walked past the farms and then went to the lake, which is considered one of the most idyllic lakes in Britain 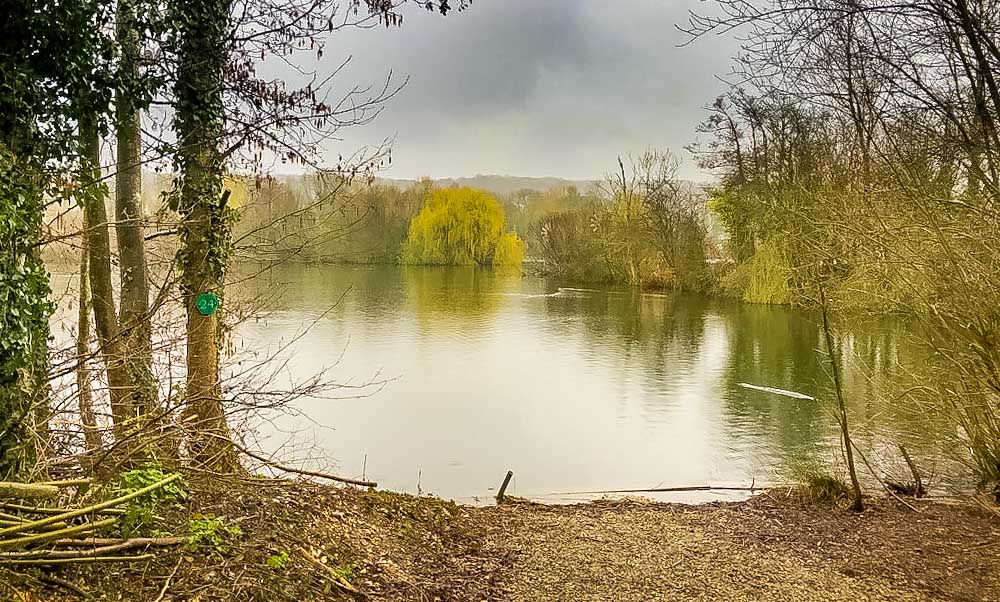 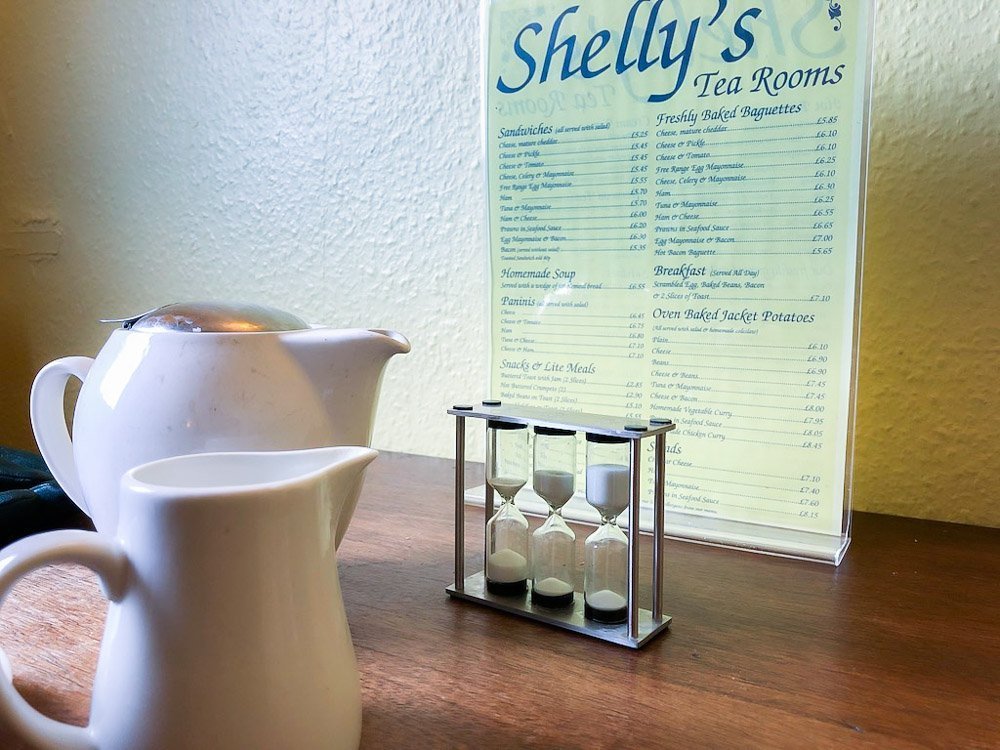 The tea comes with a timer so you can enjoy the perfect brew that I totally loved. The tearooms have pictures of Poirot on the walls when some scenes of the classic Agatha Christie were filmed on the premises.

We were then surprised to see the town hall. The hall was originally a tithe barn from the 15th century. A small hall is attached, which was built in the 1930s. The barn would have been the barn of the manor built around 1461. The carport on the side of the barn was added so that the lady of the castle could get out of her car when visiting the castle. It was rebuilt by Sir Edmund Davis in 1919 when he took over the property. 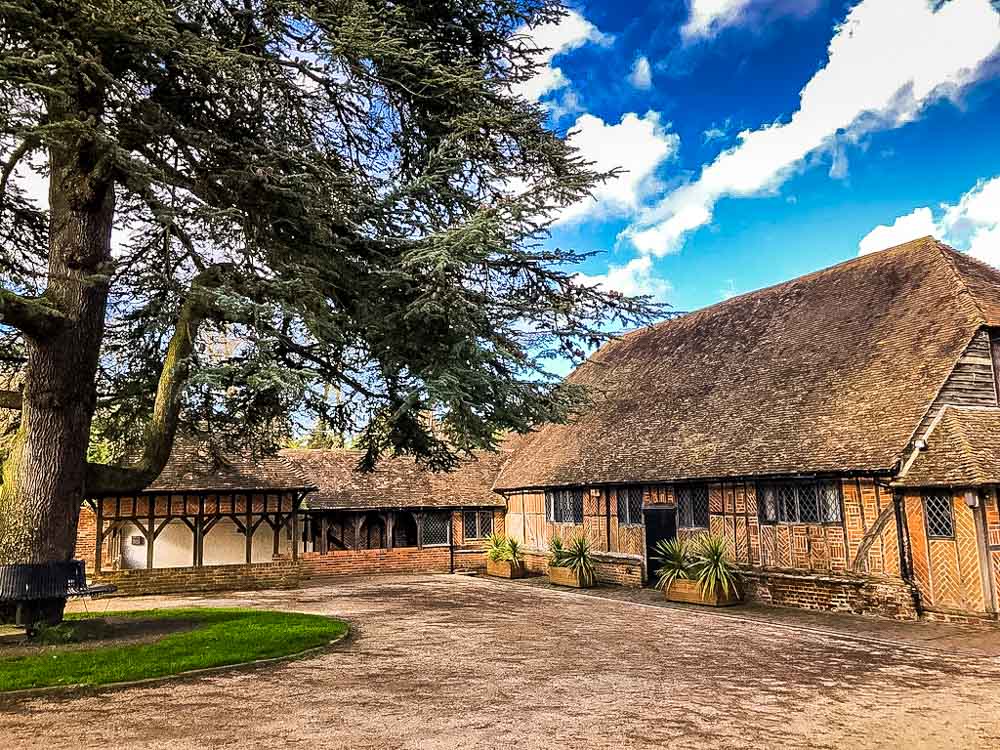 This is a beautiful, picturesque village with a breathtaking landscape, rivers and lake. It’s worth a visit. Take some good hiking shoes with you when it is wet, as it can be very muddy in the country, and some money to drink something hot and have lunch in Shelly’s tea rooms. If you want to visit the castle, keep in mind that it is only open on a Tuesday during the summer months.