The business culture in Costa Rica varies depending on the province (state) you visit, but they all have something in common, they appreciate all their natural resources, and most Costa Rican citizens don’t like foreign companies using their land. In the province of Cartago where I live, people are very traditional and conservative, they value family and religion, so all shops have traditional working hours. You can see stores close at 8pm and if you find something open at 10pm you’re in luck. There are a few bars in Cartago, but they don’t close too late and they are not noisy. It’s hard to find a dance club, but there are plenty of restaurants with different backgrounds and cafes. The backgrounds of the people are different, as you can imagine, many foreigners came to stay and live in Costa Rica, but all adapt to the lifestyle in the region. The competition between restaurants is fierce, but based on customer preferences and preferences, as well as price, because you can distinguish the cheapest restaurants called “soda”.

Most of the fruits and vegetables are made in Costa Rica. There is a “mercado” that opens at 6:00 am and closes at 4:00 pm and closes at 12:00 noon on Sundays. There is a lot of competition between these mobile providers. This is where customers value sales and good deals. You can find the cheapest fruits and vegetables here, because vendors cut their prices when they hear that the person next to them sells them to you for less, but if they realize that you are a foreigner, they can easily raise their prices and you will do not notice it as it is difficult to quickly convert your brain from colons to dollars for everything you buy. Inside the building there are permanent sellers who sell almost everything for your groceries, from meat to cooking herbs, and they are cheaper than supermarkets. On the other hand, people who value quality and time go to large supermarkets like Walmart and Maxi Pali. The first is the most expensive and the second the cheapest, but you’ll still spend more here than at the Mercado.

The business culture of Cartago is also a bit warm and informal because they know that a lot of foreigners come to study at the Instituto Tecnologico de Costa Rica and a few tourists in the city. A main business here is renting and leasing apartments, houses and student dormitories. That is why most of the people in the area are nice and very welcoming. They want people to stay in their place. Competition in this business area is fierce because people come and go and business owners are constantly looking for new people for their places. It is normal to see signs saying “Rooms for Rent” on every corner of the TEC. On the other hand, there is a strong obstacle to this business and to most of the shops in Cartago. Crime and robbery had increased since I arrived in Costa Rica a month ago. This had an impact on people’s shopping practices and customer decisions to decide where they were. When they rented, including one of my new friends here, she moved because she felt unsure of where she lived. Nonetheless, the campus police and city police are very efficient in getting you there when you call them, and you can easily see which places to avoid as the students provide tips, news, advice, and help for you, How crazy.

Cartago’s corporate culture may not be complete if we don’t talk about lottery and gambling. The people here value happiness and luck, otherwise these companies would not exist. If you go downtown or the “basilica” (church) on a typical day, you will hear the loud voice of the lottery number sellers. Your competition seems to be tougher. They scream louder when they see people coming and they always are. Moving to crowded places can be annoying at one point because it’s hard to hear what the person next to you is saying. However, I hadn’t seen any people piling up to buy a number, so I think the demand in this area isn’t that high.

The main culture of business culture in Costa Rica in the US is tourism culture. While the main US attractions are man-made and are very few nature reserves, Costa Rica has many nature reserves, forests, beaches, and conservation areas that are a major attraction for tourists. Each region has its own subculture depending on the tourism activity. On the coast, where there are beaches, they focus on selling surf tables and swimwear, as well as a substantial amount of take-away gifts. In the areas where there is forest and you have to walk a lot to get to the place before you even see it, the transport industry plays a key role. It would take us hours to get to the Montesky waterfall without the taxi driver dropping us the closer he got, and yet we would walk a lot uphill, or we would be tired if we got into the forest on Prusia if the minivan Wouldn’t give us a deal, something you need to know is that everything is negotiable in Costa Rica, not afraid to negotiate, is normal in Costa Rica, and sellers and business owners know that, so they give you first a higher price and sometimes without asking you lower it until they do a deal with you. 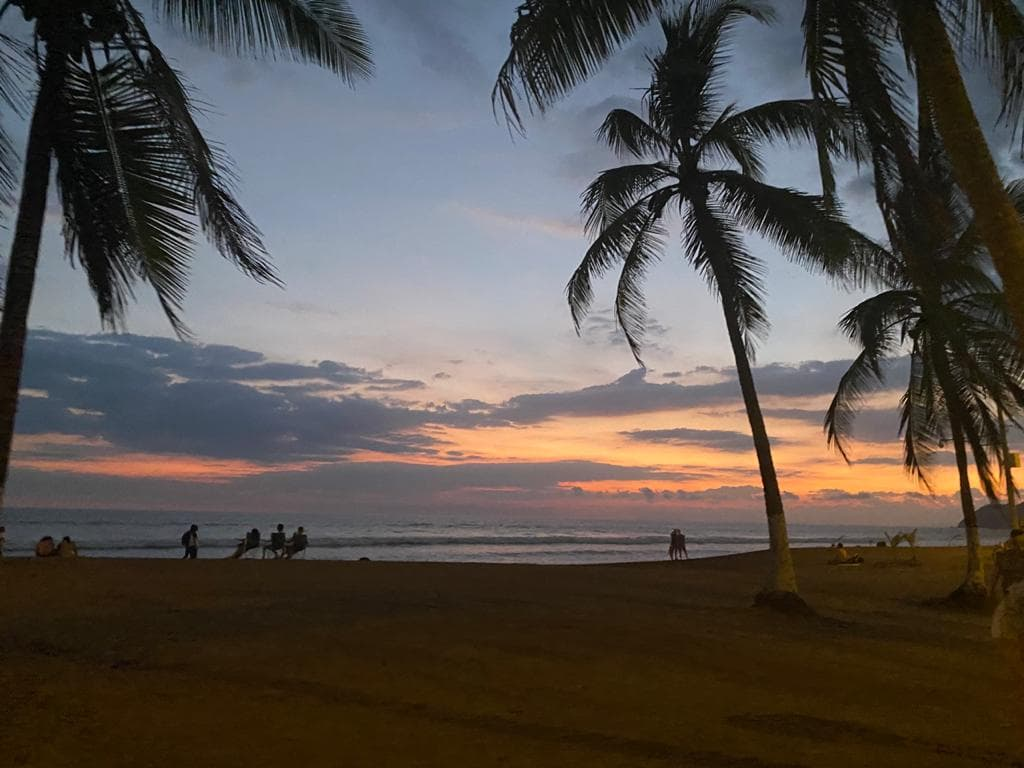 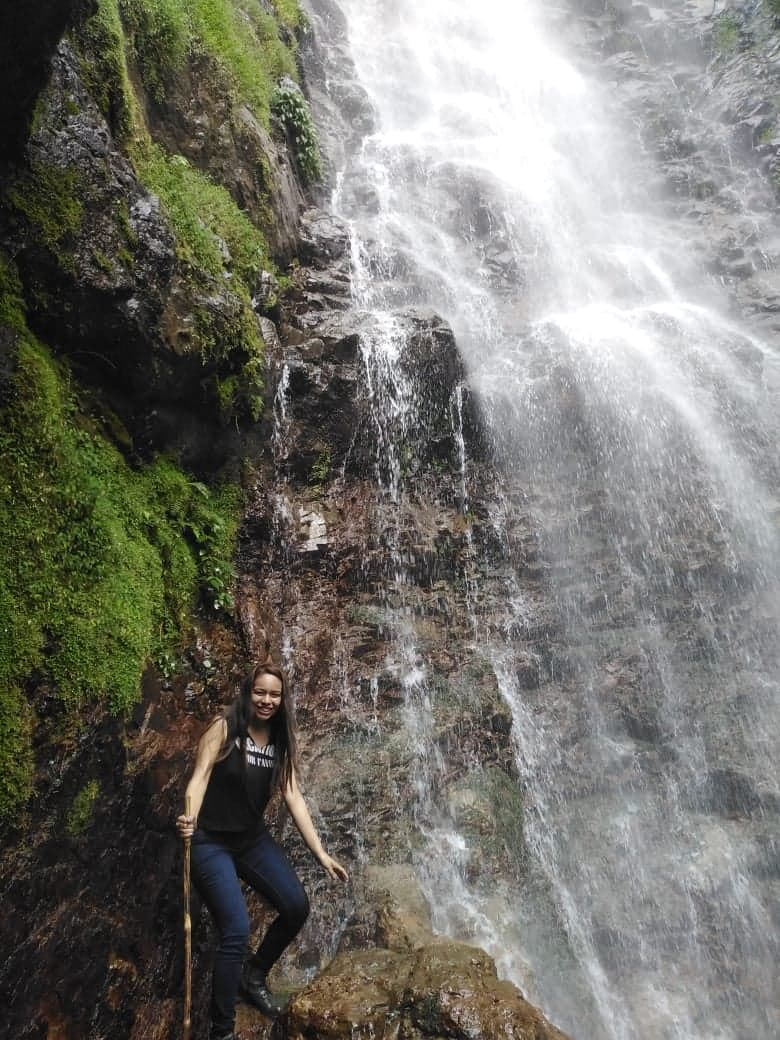 In the country’s agriculture there are free beautiful views of nature and others that you don’t pay that much, here the main business is craft candy, wood crafts or souvenirs. The mere view of the regions that are farming is incredible, the lifestyle of these people is different, they are very humble and they appreciate the country and nature, so there is no big business here, only small markets they “Pulperias “and a couple of big restaurants that look very rustic and original.

There is also another area of ​​society that enjoys nature more than anyone else, the indigenous population. I haven’t had a chance to get to know these places, but we hear a lot from them. There is not so much business in these areas because the people there have conflicts with the government and private companies trying to take over their land. One of my professors explained to us that there are certain reserves that the government has fenced in to “protect” the indigenous people, but in reality they made it a tourist attraction regarding “how indigenous people live” and they demanded cover to get into the zone. Here, the populations do not act as customers, the indigenous people refuse to modernize and most of them refuse to help from the rest of the country, they value tradition, their ancestors and their families, so the business culture here is very limited, they get theirs They cover their basic needs themselves.

In summary, we can say that there are many mipymes (micro, small and medium-sized companies) that compete to stay in business and that are affected by the subculture that surrounds them. However, the coffee industry is the one that reaches all regions and faces strong competition across the country. Indeed, Costa Rica is a green country that focuses most of its business activities on nature and tourism. However, it varies from region to region, which customers value more when buying. It is important to take into account where you are in evaluating corporate culture because it is not flat among the nation.

Brianna is an international business major with a focus on Spanish and Latin America, who will study abroad at ecnológico de Costa Rica in Cartago in spring 2020.