New minimum wage structure in Nigeria from 1978 to 2020 : Nigerian Education

Section 14 (b) of the 1999 constitution of the Federal Republic of Nigeria stipulated that the primary task of the Nigerian government is to ensure the security and well-being of all citizens. The underpayment of citizens was one of the main problems for Nigerians. A problem that often creates friction between the government and its own citizens. In November 2019, the government approved payment of a new minimum wage based on the new minimum wage structure, which has been organized on various occasions with Organized Labor (represented by the Joint National Public Service Negotiation Council) and bodies composed of the Senior Staff Association of Nigerian universities, SSANU , was negotiated. Non-academic staff association of educational institutions and associated institutions, NASU and National Association of Academic Technologists, possibly NAAT. 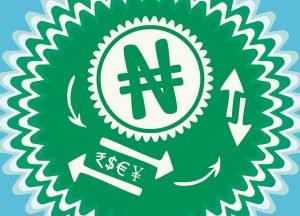 What is the minimum wage?

The minimum wage in Nigeria refers to the amount of remuneration that all workers in Nigeria receive after working for an organization for a period of time. The amount is a standard and cannot be changed, either directly or indirectly, without the admission of the National Labor Congress. Ideally, the minimum wage should apply to every worker in Nigeria. In practice, however, this is far from the real situation, even in industrialized countries around the world.

When introduced, the minimum wage would reduce inequality and protect the rights of all workers regardless of gender and nationality. At the Nigerian Labor Congress, the International Labor Organization stated and communicated that the United Nations’ sustainable development goal is to reconcile the three dimensions of sustainable development in the economic, social and environmental spheres.

A system that does not introduce the minimum wage like most developing and underdeveloped countries can put employees in all forms of unsafe situations.

History and schedule of minimum wages in Nigeria

The famous statement by current President of the Nigerian Labor Congress, Comrade Ayuba Philibus Wabba, summarizes the situation of Nigerian workers throughout history. He said, “Nigerian workers have never received a gold plate wage increase in history.” This strong statement means that Nigerians have never reviewed and increased their wage or salary structure, except that it was regulated by law in response to agitation and lamentations from citizens.

The story of the situation of workers and their wages in Nigeria is quite interesting or rather unfortunate considering that until 1978 there was no organized work structure covering all of Nigeria in the wage negotiations, which is exactly the case 18 years after independence from colonial rule. During the tenure of (Nigerian President in 1978), an organized labor convention called the Nigeria Labor Congress was launched. Comrade Hassan Sunmonu became the first president of the first organized labor convention in Nigeria.

The struggle between the union and the government has always been intense, since the beginning of the Nigeria Labor Congress both parties have claimed to serve the interests of the citizens. The government in history had obviously tried to politicize the union, and the union members are also not entirely clean; This is reflected in the number of politicians with a history in the Union. Regardless of the union’s failure, however, it has managed to overcome some of the challenges facing Nigerian workers by broadening the theme of the campaigns and strikes to highlight the very personal issues that affect Nigerians as a whole. The following is a timeline of the history of the Nigerian Labor Congress.

Comrade Hassan Sunmonu’s government sparked a major protest that resulted in a strike action that forced the President of the Federal Republic of Nigeria, President Sheu Shagari, to agree to a monthly salary structure of N 125 in 1981.

The administration of comrade Hassan Sunmonu ended and was replaced by comrade Pascal Bafyau. The new president of the Nigerian Labor Congress, NLC, started a new call for a minimum wage structure in 1989. The claim was settled by his deputy, Comrade Adams Oshiomole, between 1989 and 1990 with a monthly N250.

During General Abdulsalami Abubakar’s military regime, the demand for another minimum wage led to N3,000 a month. Although the Nigerian Labor Congress was dissolved in the same year.

The National Commission for Salaries, Income and Wages (NSIWC) was established by Law 99 of 1993. The government created NSIWC to address the challenge of Nigerian workers’ wages and salaries.

After the nation’s return to civilian rule, the Nigerian Labor Congress was revived and a former deputy president, Comrade Adams Oshiomole, became the new president. The new recognition was followed by a serious call for a new minimum wage structure in Nigeria. President Olusegun Obasanjo’s civilian government administration approved the new N5,500 and N7,500 demands for state and federal employees after negotiations.

In 2010, under the leadership of former Nigerian President Goodluck Ebele Jonathan, a new minimum wage of N 18,000 was agreed after the tripartite committee meetings. The National Assembly has also legally signed a minimum wage review every 5 years.

The chief officials’ grades range from level 17 to level 7. Level 17 is the lowest and level 7 the highest.

The minimum wage increase for those within the salary structure is summarized as follows:

For non-core civil servants, the raise is stated as follows:

Beneficiaries of the new minimum wage structure in Nigeria

The news of an increase in the minimum wage for Nigerian workers has always met with great enthusiasm among the citizens and has been greatly appreciated by the government at the time, particularly among the lower class. The news also doesn’t miss the same criticism of its irrelevance compared to Nigeria’s economic downturn. Critics have argued that the increased amount is irrelevant due to the falling value of the naira and that the process is not monitored to ensure that private companies and unorganized employment contracts meet the requirements.

This salary structure applies to non-academic employees of Nigerian federal universities. It was based on the federal government’s agreement with individual bodies, consisting of the Senior Staff Association of Nigerian universities, SSANU, the non-academic staff union of educational institutions and associated institutions, NASU and the National Association of Academic Technologists, NAAT, established on November 5, 2009.

Misunderstandings about the new minimum wage in Nigeria

Here are some compilations to help answer some questions and hopefully demystify the misunderstandings surrounding the new minimum wage.

A) Is the economy at risk of inflation due to the increase in the minimum wage?

b) Does an increase in the minimum wage remove people from poverty?

In industrialized countries, an increase in the minimum wage is effective because it offers workers an improved standard of living in well-defined formal employment contracts and also takes into account the protection of those in non-formal employment contracts. This is not guaranteed for developing countries like Nigeria. In practice, the minimum wage focuses only on workers in formal employment agreements, particularly those in the public service and little or no monitoring of implementation in the interests of employees in private companies and on informal agreements.

Arguments related to the new minimum wage structure in Nigeria

1) The state government’s inability to pay the minimum wage:

People with this opinion argued that most of the 36 governments in Nigeria do not effectively pay the N18000 minimum wage. They accuse the state allocation system of paying out amounts that are insufficient to cover government expenditure if these states are dependent solely on government money and have no internal sources of income like Lagos: they have many alternative sources of income. These people argue that the government must increase government allocation before it can count on compliance, or leave states out of the outcome of the negotiations.

To support this opinion, the elected governor of Zamfara, Abdulaziz Yari, said: “The problem with the state is the solvency, which has been agreed. He noted that most states have not successfully implemented the minimum wage of 18,000 naira. While other states pay up to 35%, some states pay up to 50% while others still have arrears. “

Azubuike Azubuike, chairman of the Senior Staff Association for Oil and Gas in Nigeria, is a popular critic of the state’s dependence on the FG revenue argument. He mentioned that the governors’ inability to provide the state with income is evidence of their inability to govern the states and that they should resign for reasons of integrity.

This is arguably the biggest controversy over the minimum wage in Nigeria. People found that the value of naira is so low that the increase in reality doesn’t matter to the challenges of citizens. People believe that in response to higher wages, the prices of goods and necessities will inevitably increase, which will further make life unsafe.

These people argue that if the government increases the minimum wage to a good extent, people will comply without hesitation.

Another important argument is the unfavorable conditions for the implementation. If small businesses do not have the right circumstances and government support for facilities such as electricity and others to support growth, it is impossible to rule out full compliance with policies that directly affect them and their businesses

If the implementation is successful and extended to the private and non-formal employment environment, Nigerians can afford goods and services, the supply for their demand will improve and the chances of an improvement in the economy may increase.

This is an interesting argument. Many people found that the government only interacts with work through a deliberate negotiation process and is not committed to protecting the labor rights of its citizens. These people reaffirmed their allegation of hypocrisy against the government, pointing out the fact that senior government officials earn enough to envy legislators in industrialized nations. The subordinate workers, however, live below the international poverty line and had rejected a proposal for a new minimum wage structure of N 56,000. It took months to negotiate 30,000. the amount that is not even enough to live a decent life.

The International Labor Organization and the Nigerian Labor Congress have proven to be well informed about the situation regarding the wages of workers in Nigeria. The organizations have used many methods and taken measures to address these issues. In principle, everything is maintained to create a balanced society: this justifies the work of the workers in the wages and salaries they receive. and to extend benefits to those in private, non-formal, unorganized employment contracts. The only remaining condition is to put these principles into practice.