The legendary Novotel Singapore Clarke Quay with 403 rooms along the historic section of the Clarke Quay River is reinvented. In late November 2019, CapitaLand, City Developments Limited, Ascott Reit announced their plans to convert Liang Court into a mixed-use project. 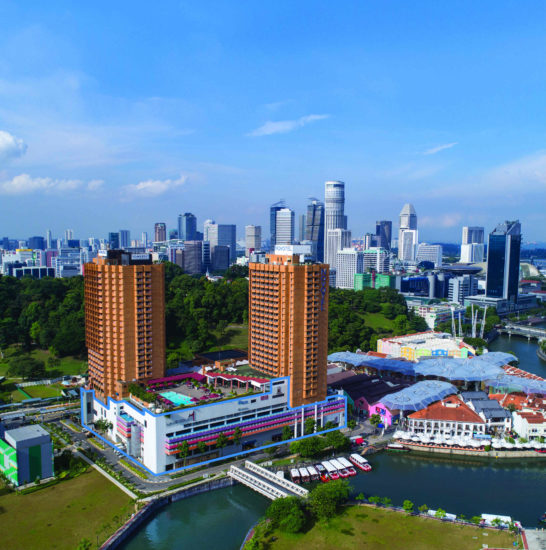 The redevelopment of the Liang Court Area by CDL

The hotel is sold to a consortium led by City Developments Limited and CapitaLand. The location of the Liang Court for the redevelopment together with the Novotel Singapore Clarke Quay is SGD 375.9 million (approx. USD 275.6 million). The group also plans to pre-sell a new hotel for up to $ 475 million, which will be part of the new integrated development. In addition, CDLHT has announced that it will purchase the W Singapore hotel in Sentosa Cove for SGD 324 million (approximately USD 238 million). Located on River Valley Road, the property has a gross floor area of ​​34,909 square meters. The lease expires on May 1, 2077. On the other side is the Boat Quay – a historic site that was developed in 1823. In its heyday, there was an immense trade in which warehouses and godowns were filled with goods upriver along the banks of Clarke Quay and Robertson Quay. Aerial view of the Clarke Quay area for a large spruce

Pending approval from the Singapore authorities, the Liang Court site will be converted into an integrated development covering a total area of ​​100,263 square meters. Life is revitalized as soon as integrated development takes place. With a range of retail, lifestyle, F&B, hospitality and entertainment options, there will be something for everyone. Read more about what to do in Clarke Quay and Robertson Quay here.