The venerable Cyril of Astrakhan was Archimandrite of the Trinity Monastery in Astrakhan. In 1568, after Astrakhan came under Moscow, he was sent to the newly built monastery by Tsar Ivan the Terrible as an abbot. He built in the monastery temples in honor of the Blessed Trinity, the entry of the Blessed Mother of God into the temple and Saint Nicholas. He devoted himself to enlightening the Astrakhan region and, through his gentleness and piety, gained the respect of even the Muslims – who, unlike the holy prophet King David, called him Kara-Daud (the black David). 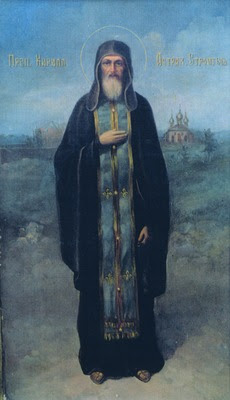 The saint died around 1576 and later became known for his miracles. According to legend, Saint Astrakhan helped in a fire in 1599. The icon of the saint was painted in 1676 by a vow by Emelyan Paphentev, which Saint Cyril had saved when he drowned in the Volga. A wooden chapel was built over the tomb of Archimandrite Cyril, which was replaced by a stone chapel in 1677. The life of the saint was compiled in 1790 and he is known to have a troparion and a contact. The Church set up the feast day to commemorate the saint on March 18, probably based on a common name with the Holy Cyril of Jerusalem. 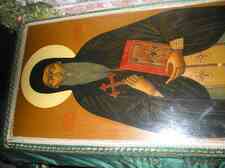 The whereabouts of the relics of the saint are unknown. According to legend, the saint left the city because piety in Astrakhan waned and Islam increased, which forced him to leave the tomb and go to Kiev. In the Soviet era, the chapel where his relics were kept was used for the needs of the garrison, later as a warehouse. In 1992 a wooden grave was placed there, which was covered with a shroud with the image of the saint. In 2002 he was glorified as a saint.