The 90s child in me jumped with joy when I heard that Indian ocean band, Also known as the grandfather of Indie Pop, was supposed to perform in the city. You should be playing Goonj music festival managed by BrandAid events, unique and the first event in Electronic City, Bangalore. Played with them The yellow diary Mumbai’s Alt Music Sensation. The big event Goonj Music Festival was supposed to take place in a fantastic brewery called 46 ounces supported by Mannheim Brews. Of course we were very happy about the concert. But above all because we were looking forward to an entertaining evening with good beer and delicious food. 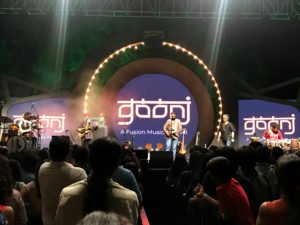 D-Day finally came and, as expected, the streets were crowded. We reached 46 ounces and entered the platinum arena designed on the roof of the brewery. If you’ve been 46 ounces before, you’d know that the brewery has a covered seating area and an open lawn. For the Goonj Music Festival, the organizers had divided the entire area into a very well organized matter. 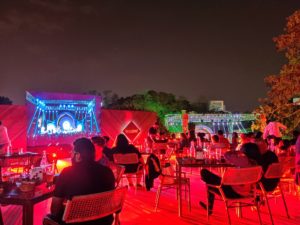 The stage was set up in the middle of the lawn. The seating area on the ground floor and the open lawns were divided into silver and gold seating areas. The rooms near the stage were kept open for fans who want to see the bands up close. I really liked the idea of ​​having seating areas for groups and families who don’t want to see the whole concert. This way, while enjoying the show, you can enjoy food and drink and have fun with friends and family. 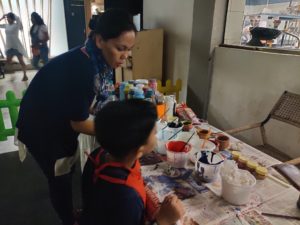 While most think that music festivals and concerts are not a place for children, the Goonj Music Festival was unique. The choice of music was soulful, so it was a good choice to bring children who like music. They also had a special children’s zone with sections for pottery, painting, and balloon creativity. A funny looking clown was out to entertain the kids with fun activities and tricks. 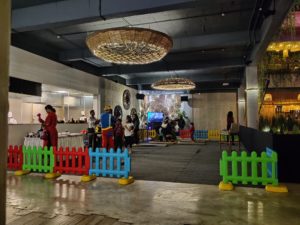 The evening started with The Yellow Diary on stage. When they started playing, the crowd warmed up for a loud reception from this Mumbai-based band. They played some of their phenomenal music numbers like Buniyaad, Bawri Chori and Sada etc. The Yellow Diary really got everyone going to the Goonj Music Festival groove to their fantastic alternative rock numbers. The mood got high and the energy increased from minute to minute.

The yellow diary ended their performance and the crowd cheered loudly with many who waved their hands and gave thumbs up. What a nice start to an evening so eagerly awaited. 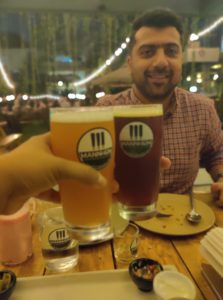 After a short pause, the Emcee introduced the Indian Ocean and the crowd went crazy! Around me I heard some say “college hit”, “lifeline through childhood”, “nostalgic” etc. and I could totally relate to the feeling. I was so delighted to see that there were a lot of young people who prove that the Indian Ocean band managed to continue their magic and also to touch the younger generation of today. It took a while for all the shouting and cheering to calm down. And then they started playing! 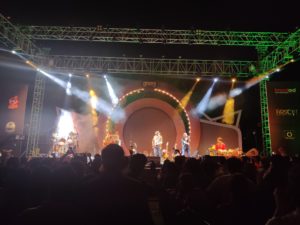 They continued to play some nice fusion numbers and the crowd got up from their seats. It is really commendable that the Indian Ocean Band has completed more than 30 years and is still strong. Hats off to her hard work, innovative strength and creativity. 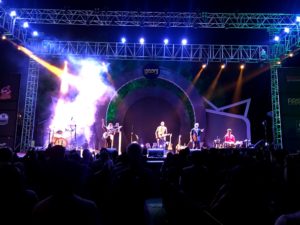 A starry night comes to an end

The crowd went crazy again when they played their famous song “Bandeh” and dedicated it to the youngest victims of the riots in Delhi. By now the energy was electrifying and the crowd was grooving to the soulful numbers. The grand finale of the Goonj Music Festival was the song “Kandissa” by the band from the Indian Ocean. It was clearly the most popular number and my favorite. It was the perfect end to an amazing night in the starlight. When the show ended, the happiness of the fans was obvious and the farewell to the wonderful band was deafening.