Welcome to my weekly book update post sharing what books I’ve read over the past week, as well as my honest thoughts and star ratings. 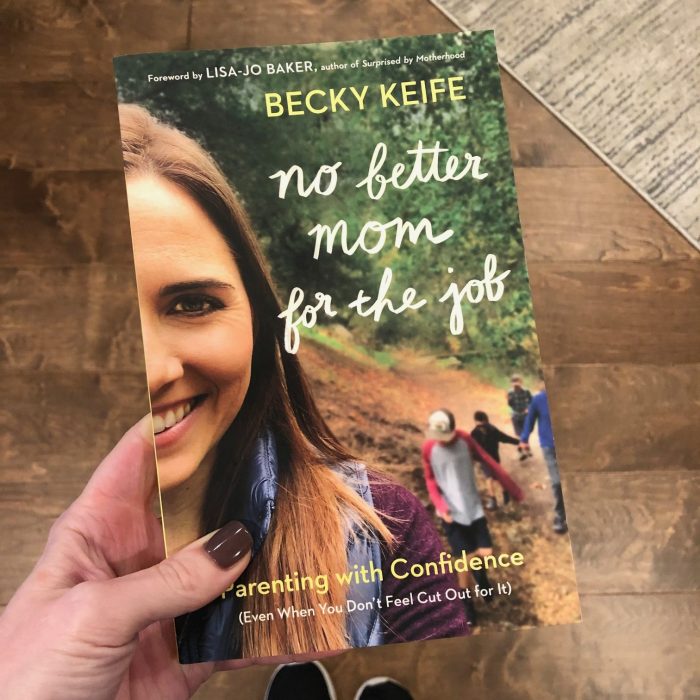 If you want to see what I’m reading or what I’ve read so far this year, you can do so Visit my GoodReads account,

A word about My Star Ratings

The stars that I give to the books that I read are based on a 5-star rating system. I will rarely give a book a 1-star rating (maybe never?), Since my philosophy is that if a book is worth only a star, I will very likely stop reading it. 🙂 You will also find that I rarely give a 5-star rating because I only reserve it for my very, very favorite books.

Here are the 5 books I finished last week …

Not a better mother for the job

I really loved this book! While it was written more for mothers of younger children, it was great to read how I prepare to be mother of a baby, toddler, and preschooler again!

Becky writes from the trenches as a mother who has experienced the difficult stage of mothering three boys who were very old. In this book she shares what she learned as a mother. She tells her story to accept her gifts, rely on her strengths, and rely on the Lord amidst everyday and chaotic motherhoods.

Read more about how this book inspired me I wrote this post based on one of the quotes in the book, 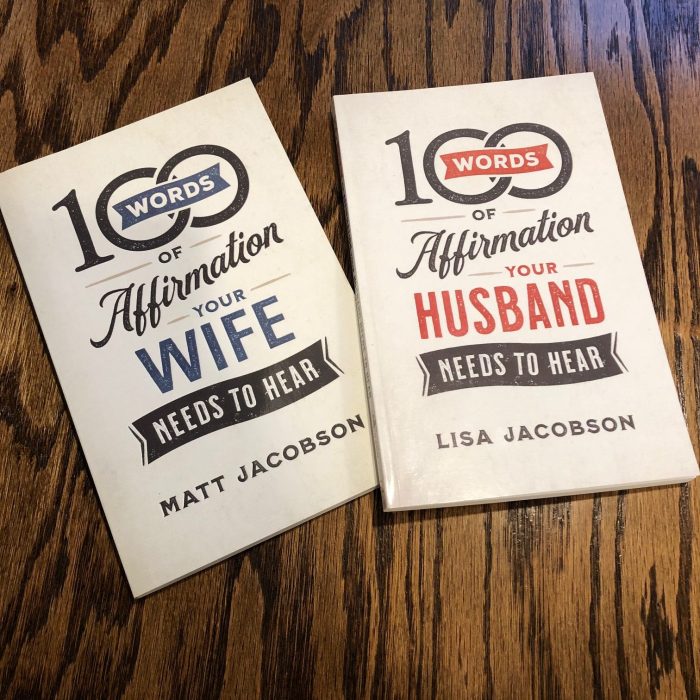 100 words of confirmation that your wife / husband must hear

These books by Matt and Lisa Jacobson are quick but effective reads. If you need some practical ideas and suggestions to say words of life to your spouse, or if you just want to get the wisdom of a couple who raised 8 children and have been married for 27 years, these books are instructive.

I think it would be particularly fun to read them together as a couple and compare notes. (Some of her suggestions have sparked good conversations between Jesse and me in the past two weeks!)

These books remind me of the importance of having a little bit more time to express how much we value our spouse. It doesn’t cost money, it requires very little extra effort, but it could make a big difference in our marriage. 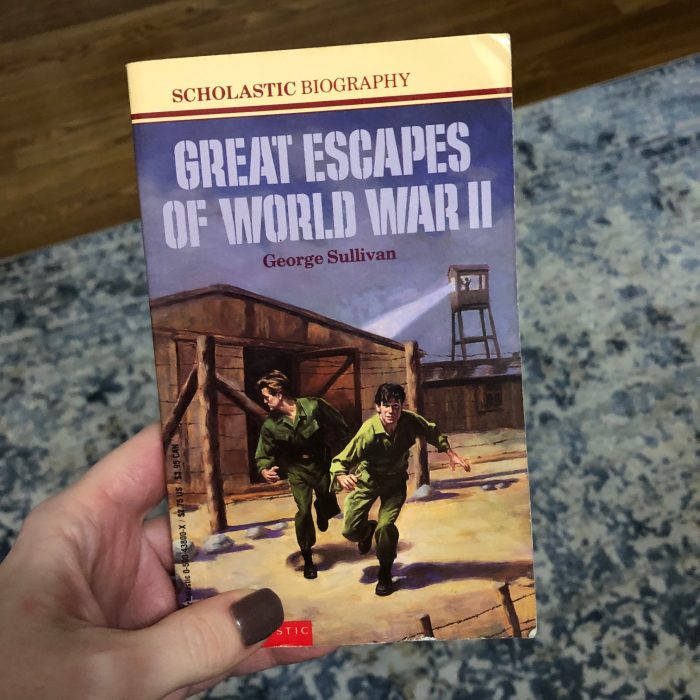 I read this book to the family last week. It is fairly short, and each chapter covers a specific story of the POW escape during World War II.

While some of us knew parts of the stories, we all learned new things. And it was one of those books that made you delve deeper into the shared stories.

It was also interesting to read while listening to Killing the Rising Sun. The contrast between the treatment of prisoners of war in different countries was really sad and fascinating.

I think what impressed me the most was how much effort the prisoners of war spent trying to escape. And in almost all cases, dozens (or even hundreds!) Of prisoners of war worked together so that only a few could escape. It was an inspiration to think of their victims for others. 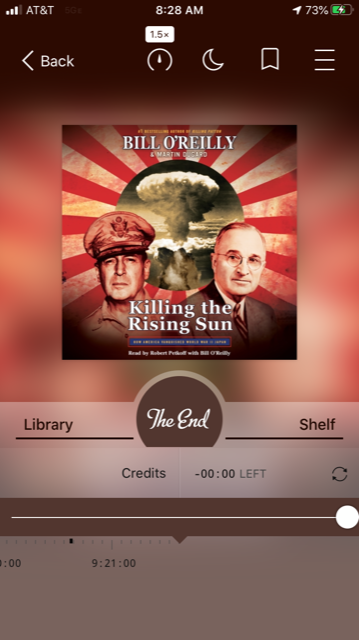 Last week I told you how I didn’t like it Kill Patton, Well, this book has certainly redeemed this reading experience.

I listened to this book on the free Libby app and I’m so glad I did. It is worth listening to – especially if you enjoy history.

This book describes the prehistory until the end of the Second World War. Much of the content is about creating and dropping the atomic bombs.

While it’s mostly about facts and history, it raises many valuable ethical questions surrounding the use of atomic bombs. I have been thinking long and hard about these decisions that people have made and the long-term consequences that come with them.

Classic film we saw this week

The children decided – all by themselves – that they wanted to see one old classic a week as a family in 2020. They help me choose the film list and I will report here what we see every week and their thoughts on it.

I plan to release a great film classic at the end of the year, with a verdict on the best and favorites of those we’ve seen. (Thanks for all the great suggestions for classics that you have to see!) 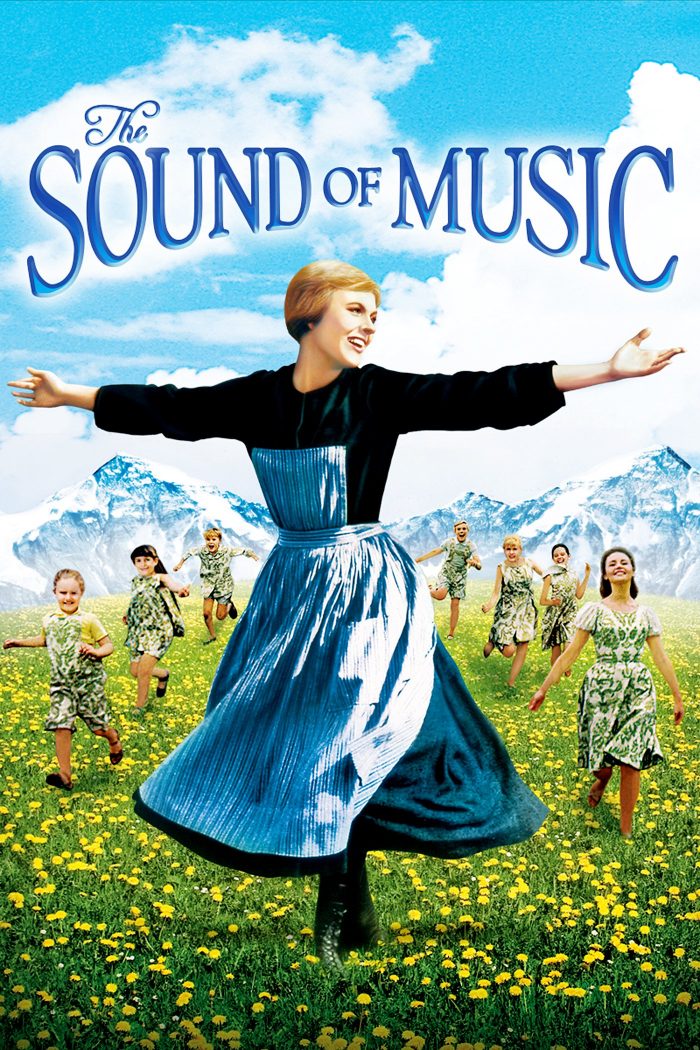 The sound of music

This film was on our list from the start. I’ve seen it a few times in my life, but it’s been a long time.

The girls had seen it before, but had forgotten parts of it. Silas kept widening her eyes when they started singing one of the songs. “Whoa! The song also comes from this film? “, He would say. (I think the songs originally came from the musical from which the film was made, right?)

Many years ago I read the real story on which the film / musical is based. The children enjoyed hearing me tell what I remember and what was added to the plot.

Although the film is long and in parts moving a little slowly, we liked it overall. And now I have all Sound of Music songs in my head all week!

What did you read last week? Any books that you think I need to add to my long list?