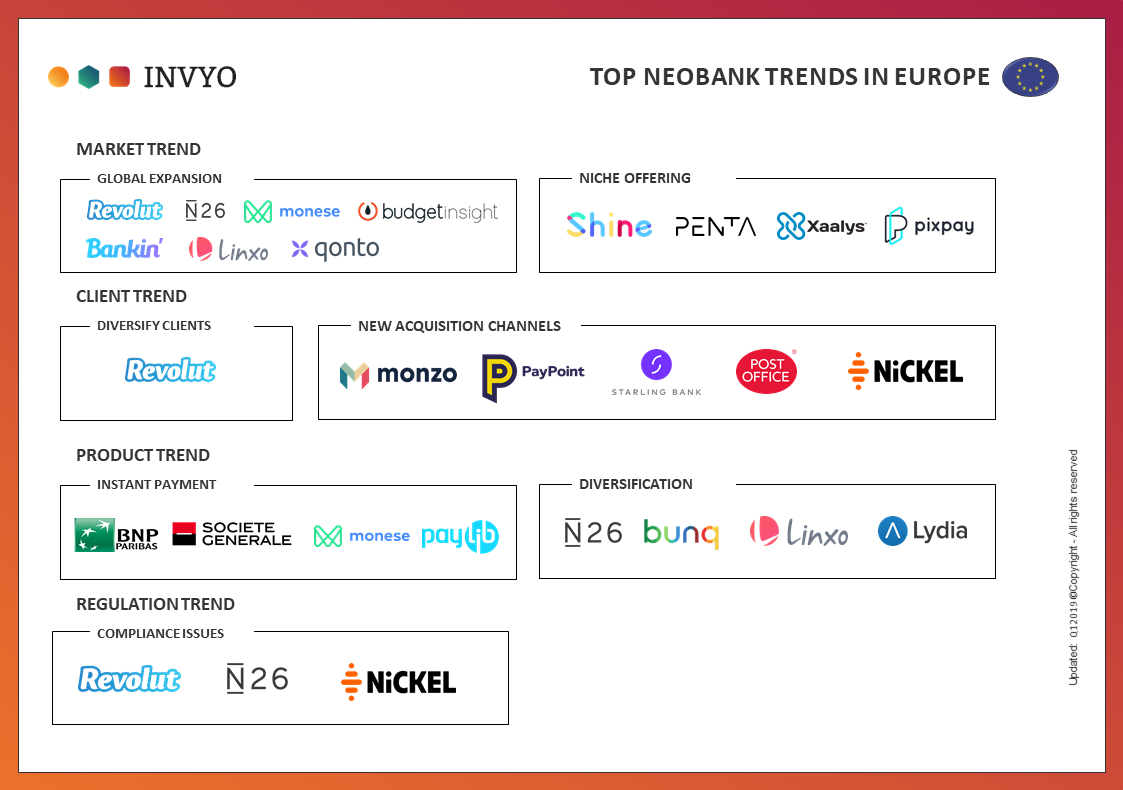 After a plethora of mega-deals in 2018H2, the market appetite for the European new bank in 2019H1 became flawed. In the meantime, the neo-banks have retreated to the ground to survive, grow and expand. Throughout the value chain, we have identified some important trends in the market, in customers, products and in regulation in the industry.

Established European Neobanks extend to the "blue oceans" (eg Australia, where neo-bank penetration is low), to neighboring countries (in the case of European expansion) or to the larger markets (eg USA) , Examples:

Competition is intensifying, differentiation is the key

Millennials are cool, but we still need Average Joe

Neobanks attracted mainly technically savvy millennials (eg Monzo About one third of Monzo's 2 million customers live in London, and less than 5 percent are over 60 years old.), that's just a tiny part of the population. To further evangelize the neo-banks, a broader and more diverse user base is desired. Two types of new customers are at the forefront: the "average Joe" and the laggard.

When pure online banks are not just online anymore

Who is the coolest kid in town?

At the end of 2018 / beginning of 2019, the immediate payment suddenly became big. Both the neo-banks and the established banks are in a hurry and for the first time the established banks are not losing against the new banks! For example, BNP, Societe Generale, proposed an immediate repayment in November 2018. This may reflect a growing awareness and a growing drive for innovation by incumbent operators.

There are 2 methods used:

So far, almost all neobanks have integrated Apple Pay

Neobanks used to be pure players who promised uncomplicated service; H. Focused on only one financial product, such as debit card, lending and bank transfer. Now we are seeing a diversification of offerings to better serve and retain customers and generate additional revenue.

KYC, compliance, cryptomoney issues, differences between local and foreign regulations … There are regulatory risks in the industry.