On a Friday in February, I met half an hour earlier in a Turkish café on Oranienstraße with Ero Behrić and Alen Hebilović – two former figures from the Berlin Balkan Party scene Cuma – Friday prayers – in the Bosnian mosque in Adelbertstraße near Kotti.

They always did Cuma (Friday prayer) at 2:00 pm at the mosque, convenient for those who miss the usual midday prayers elsewhere in the city.

Ero and Alen are Bosnians who came to Berlin from Yugoslavia in the early nineties. They plunged into Berlin nightlife with all their might, trying to dispel war traumas with lots of alcohol and gypsy music, and were familiar faces in the Balkan party scene. And then, at a time when many people settle down and have families, they have compensated for their extreme lifestyle by accepting Islam – the religion of their ancestors.

I knew Ero and Alen when the Balkan wave reached its peak, and both had thrown them through the bars of Berlin in search of Gypsy music and good times. Ero was an old punk who had led his Mohawk through the streets of Zagreb in the late 1980s. Traumatized by his experiences during military service in Kosovo in 1988 – he had "nightmares to tear down Albanians in his tank" – and lured by the myth of Berlin, he came to this city in 1990 and landed directly in Kreuzberg on Oranienstrasse.beng"- directly into the kettle.

"Berlin is the first city before Slavic Europe and there is a clear Slavic influence here," says Ero. "And then you had Kreuzberg with its Turkish population – this Islamic aspect. I immediately felt at home here. Actually, in a sense, Yugoslavia resembles Bosnia, because you have this Slavic and Islamic touch. The way I grew up. " 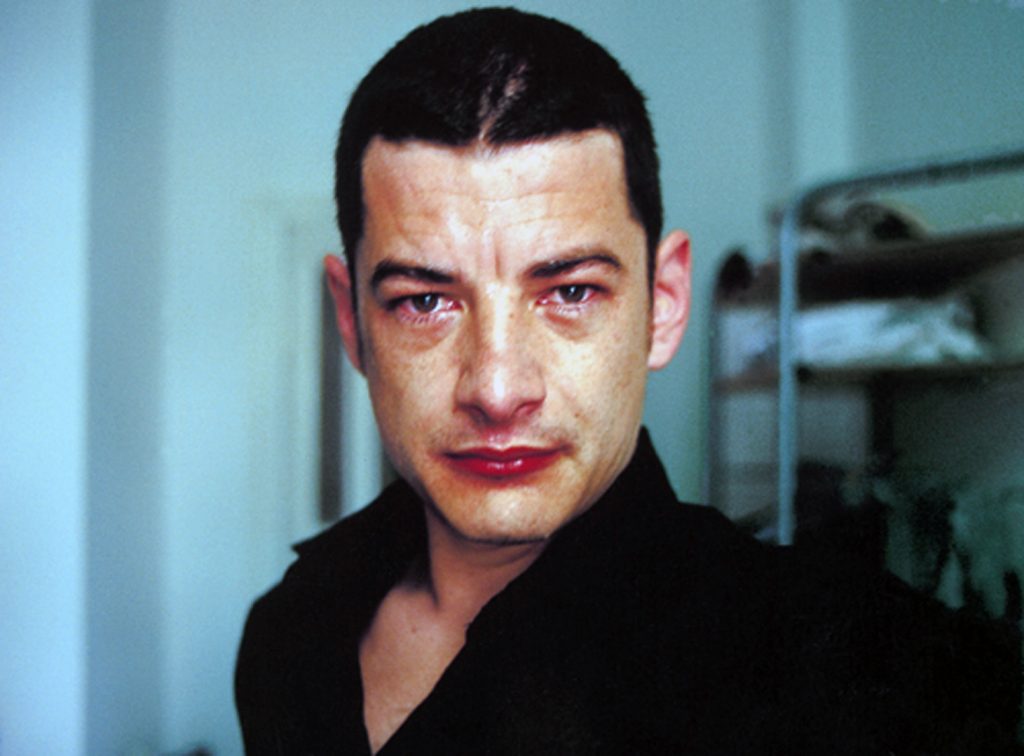 At that time, Ero took various jobs in bars and restaurants around Berlin, waited at tables and finally organized parties to finally attract other ex-Yugoslavs AlenA Bosnian from Prijedor who had been buried by Serbs in the notorious Trnopolje concentration camp.

Alen made it to Germany in 1993, where he was stuck in a Brandenburg refugee camp, devoted himself to photography and finally fled to Berlin, where a social worker friend gave him the key to his apartment and a little cash.

In the 1990s, when the war was raging in Yugoslavia, Berlin was teeming with Bosnian refugees (35,000, to be exact, in Berlin and Brandenburg). While the old one foreign worker Yugoslavs stuck to their hermetic bars, cafes, and social clubs, and the newcomers-many of them young, intellectual, and artistic-hung on pubs where one or another ex-Yugoslav waited or worked behind the bar, promising discounted drinks ,

Oxymoron was one such place, a bar in the Hackesche Höfe in Mitte, where Ero organized Balkan beats parties with Robert Soko, the forerunners of the famous monthly parties chaired by Soko in Kreuzberg.

Ero says that Balkan Beats was about "trumpets and drunkenness and puking. That was what mattered. "In the beginning, however, the parties had high cultural ambitions.

"At that time, the Balkans were beats parties along with slideshows and some exhibits," says Alen. "They were not just parties and wanted to make music, there was a program on it."

"Someone shows up and says: Look, my wife sings and I play the accordion, can we do something?" Says Ero. "I said, why not? The goal was to bring people together with the idea of ​​building something. "

Soko and Ero had a fight at some point. Soko took the label "Balkan Beats" for himself and organized his Balkan parties in the Mudd Club in Mitte and later in the Lido with great success. Ero opened a restaurant called Nosh in Prenzlauerberg, where he organized his own parties in his Balkan Gypsy shopswhere many glasses and chairs were broken and where a guest remembers that often "on the tables and under the tables was danced".

Alen became a regular character in Kreuzberg, who indulged in hell and hell with Birol Ünel, the drinkable lead actor of Fatih Akin's "Head On" and regular Kreuzberg-Barfly, while photographing Kreuzberg gangsters.

"I had an extreme lifestyle," says Alen. "Ero, too. Every night you played around and looked for kicks. Sometimes I did not go home for a week. And then you have to ask yourself: where does all this lead you? One morning I woke up and decided to stop now. "

"That's exactly how it was with me," recalls Ero. "I remember saying to the boys," I'll never drink again. "And they all said," Eh, what is that? "In my mind, in my soul, it happened two years ago, but I had to distance myself from other things, if you drink six gin tonics and go to the mosque the next day, that does not mean anything to you before another could do it, and then it happened, I can not really put it into words. "

Alen recalls a certain scene: drunk at five in the morning to come home and meet old Turkish men who had just finished their morning prayers in the Mevlana mosque on the Skalitzer road to Kotti.

"I had to ask myself: who has the better quality of life? You or me? "Alen says." Of course they felt better, I had great respect for the people who decided to live like this: being clean, the reality is totally psychedelic, even if they are clean, you can also have fun on this Alcohol distracts you in a different direction, many things remain invisible to you because you are blind. "

Alen looks at his watch.

And the two troops go down Oranienstraße on Friday prayers, the scene of many drunken nights in the not too distant past.

> By courtesy of Alen Hebilović.