Contact: [email protected]
Amazing Reveal > Nigerian > 11 historical misconceptions that even the most educated people believe in.

A passion for history is a specific hobby, but there are a couple of facts from the past that even people who are far from this science know. We all have heard about the feat of 300 Spartans or the persecution of witches in the Middle Ages. These stories wander from one film to another and remain in our memory as knowingly true. But if we turn to serious sources, it turns out that many events did not happen in the way we used to think.

We love to get to the bottom of the truth. This time we have gathered well-known facts that for ordinary people and professional historians look completely different. You will be surprised how much some events are distorted with time.

Myth number 1: Galileo first suggested that the Earth revolves around the sun.

Galileo was the first to guess that the Earth revolves around the Sun, before him people were sure that all the planets revolve around the Earth. In fact, this is a rather crude generalization of real events. People have guessed that the Earth is not the center of the universe, back in the 300s. BC e.

The first was suggested by the Greek scholar Aristarchus of Samos. However, for a long time there were no ways to prove this theory, and only in the XVI century, the astronomer Nicolaus Copernicus seriously took up its development. He had many opponents, but also quite a few followers, including Galileo. Thus, the latter did not create a heliocentric theory. However, it was he who could prove it – thanks to a telescope, which he himself invented. 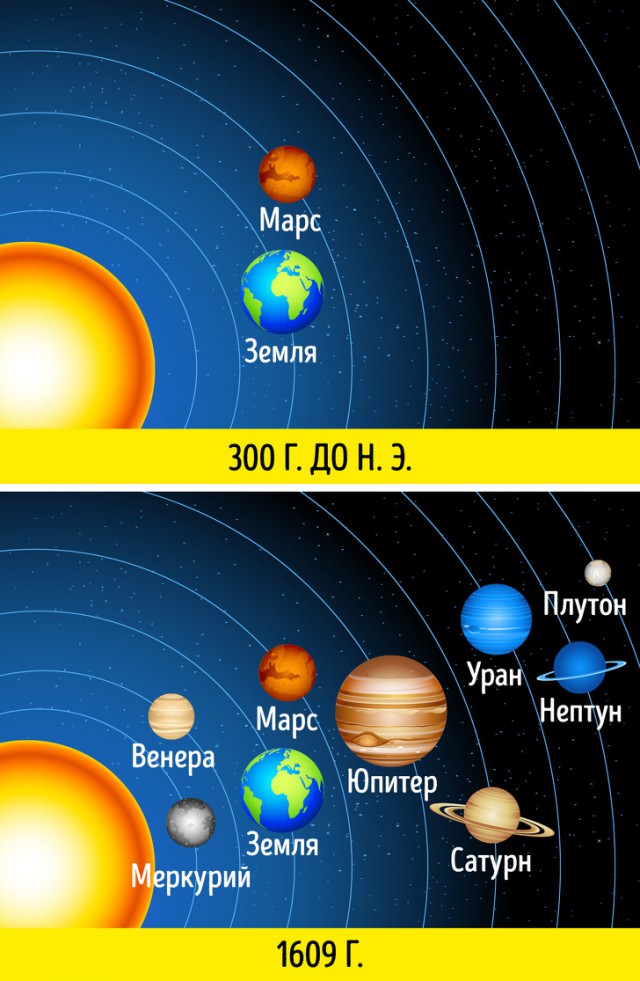 Amazing Reveal > Nigerian > 11 historical misconceptions that even the most educated people believe in.