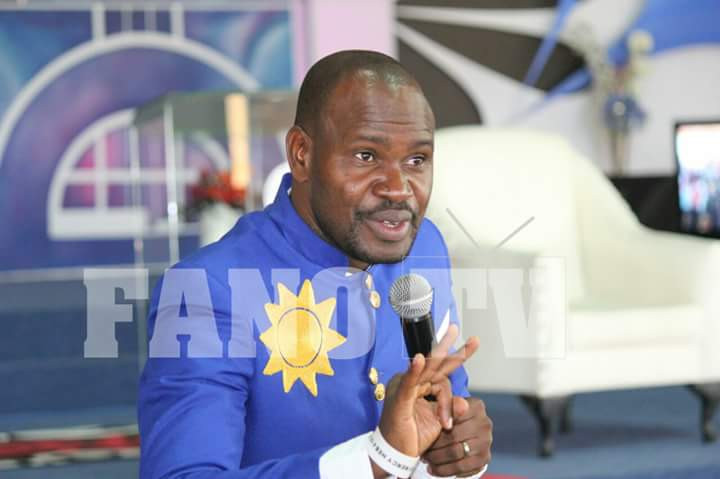 For several days, the Internet has been burning over the video of the South African prophet Samuel Akinbodunse, General Overseer of Freedom for All Nations (FANO) for his prophecy against the President of Nigeria, Muhammadu Buhari. He prophesied that he would die if he wanted to risk re-election after his first term.

The prophet made this prophecy in 2018 and asked the Nigerians to warn President Buhari of a second term because the Lord had told him he would die before election day.

"Please Nigerians, Buhari warns that he is crossing his borders, the Lord said his term is only four years, and if he tries to fight for the second term, he will die before voting."

However, this paper has dealt with the prophet in South Africa regarding the entire scenario and asked for his defense. He then stated that this was not a false prophecy, but the prayer prevented the tragedy Mr. President could have encountered. He also quoted a Bible verse in this regard.

In his words, "The prayer of Nigeria has saved President after Isaiah 38," Hezekiah turned his face to the wall and prayed to the Lord, "Remember, Lord, how I have faithfully and sincerely walked before you and done what is good in your eyes. "And Hezekiah wept bitterly. Then the word of the Lord came to Isaiah: "Go and tell Hezekiah, this is what the Lord, the God of your father David, says, I have heard your prayer and seen your tears; I will extend your life by fifteen years "

"The men of God in Nigeria have been doing fasting and praying for President Buhari for 40 days, in which I participated, because Nigeria is one of the nations that I believe is my heartbeat. You can check it on our official Facebook page. God never lies, and like the Scriptures I gave you, the prayers of the saint saved him, "he explained.

In addition, control revealed that he had also made a prophecy about the emergence of a new Congolese president who acted on his behalf.

The man of God predicted that amid tensions he would see Felix Tshisekedi win the presidential election in the Congo if the result were published.

"Let's ask that Letter 2 should not be Letter 1, and Letter 2 should not bring Letter 1. We ask that this election not be tampered with and that there will be no trial." Let us ask that the judiciary do should not pose the biggest challenge in the country's history, but I see two parties joining together because they are taking the horse that has been celebrating before, I see "F" and I see Seat, I see "F" and I see co-workers, but it will be hard Let's pray & # 39; & # 39;

As in the prophecy, the Democratic Republic of the Congo is 18 years on, after opposition candidate Felix Tshisekedi was named provisional winner of a historic presidential election by election officials on Thursday.

It is also recalled that he prophesied the arrest of Shepherd Bushuri in South Africa, the false miracle of the resurrection South Africa's pastor Alph Lukau among others.

Alabama executes a Muslim and wipes out religious rights : Islam