Andrei Krasko is one of the most talented actors of modern cinema. He passed away on July 6, 2006 at the age of 48. During his short life, Andrei Ivanovich managed to embody several images on the screen that will never be erased from memory.

Andrei Krasko worked very hard, he loved life. The tragedy happened in the village Ovidiopol of the Odessa region on the set of the series "Liquidation". The actor became ill, and medical assistance was not provided in a timely manner. He died of heart failure. Relatives confessed in an interview that Andrei took everything to heart, tried on the sufferings of his heroes. In the last years of his life, the actor became addicted to alcoholic beverages, which also played a role in such a tragic finale. Andrei Ivanovich had many women. Only two of them became official wives. Loving Krasko several times disappointed in his companions and himself sometimes caused some lovers a lot of problems.

I got acquainted with Natalia Akimova Krasko while studying at the Leningrad Institute of Theater, Music and Cinematography. He noticed a beautiful girl right away. Both of them studied on a course with Arkady Katsman and Lev Dodin. Their romance was very turbulent. For Andrei and Natalia, this was the first serious relationship that quickly turned into a marriage. But this union collapsed quickly, not having time to get stronger. Natalia went from Krasko to their common classmate Igor Sklyar. Andrei Ivanovich sheltered a comrade who had come from Kursk, and he repaid him with ingratitude. This betrayal brought Krasko to a psychiatric hospital. To get out of depression, he needed medical assistance. Natalia and Igor are still together, they have an adult son. Those close to Krasko insist that it took the actor many years to forget his first wife. He even attempted to reunite with her, but they did not lead to anything.

The second official spouse Krasko became polka Miriam Aleksandrovich. Andrei Ivanovich called her Mishka. She also studied at LITMIK, but did not finish it. Relations with Miriam have never been easy. When she learned that she was pregnant from Krasko, she told him about it. The actor did not believe her and for some time they parted, having parted in different cities. Andrei Ivanovich saw his son at the age of five months. Miriam called the boy Jan. Krasko recognized his son, but always called him Ivan. 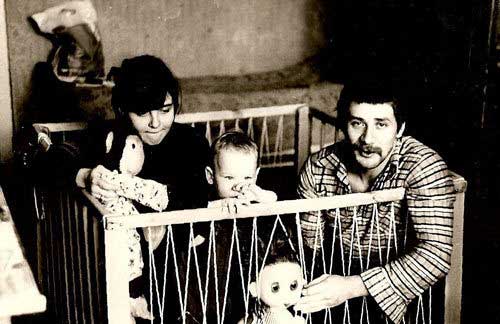 He registered the marriage officially with the mother of his child, but in fact they lived together for a very short time. Krasko left her for a stage colleague, and Miriam went to Poland, where she remained to live. Interestingly, their marriage existed on paper for more than 26 years. Andrei Ivanovich explained this by the fact that he did not want to deal with this issue. He officially registered the divorce only shortly before his death.

Krasko met his second son's mother in St. Petersburg. In the play "Somewhere Retribution Terminated," they played a husband and wife. Soon they began to live together and in 1997 their son Kirill was born. Union with Zvonareva not existed for a long time. The actor left the family unexpectedly and promised to return, but did not keep his word. The son Kirill did not follow in the footsteps of his parents and chose a profession not related to the world of cinema and theater.

Andrei Krasko served in the army with the father of Karolina Popova, his next lover, and after that they did not stop talking, periodically called up and met. At some point, Andrei Ivanovich imbued with tender feelings for his friend's daughter. The age difference did not bother them. Caroline at the time of the meeting was only 21 years old.

Soon the daughter Alice was born in this relationship. But even the birth of a daughter did not save the family. Carolina could not tolerate the civil husband's addiction to alcohol and free love was not interesting to her either. All this led to the fact that she collected her things and left Krasko. About their novel and the existence of the daughter of the public became known only after the death of the famous actor. Some do not even believe in this story. But the famous father of the actor Ivan Krasko recognized his granddaughter and fully confirmed the information about this connection.

During his life with Karolina, Andrei Krasko had already begun to meet with Elena Tarasova. With this woman he lived together for 3 years. Together, they even began to build a small house, which later became the reason for a dispute with the relatives of the deceased actor. 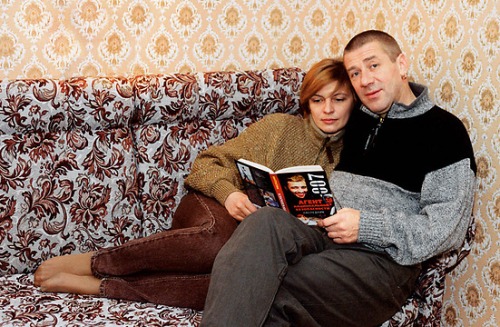 The last love of Andrei Ivanovich was his assistant Svetlana Kuznetsova. The young girl was in love with him and at some point Krasko noticed this, looked closer to her, and a stormy romance broke out between them. 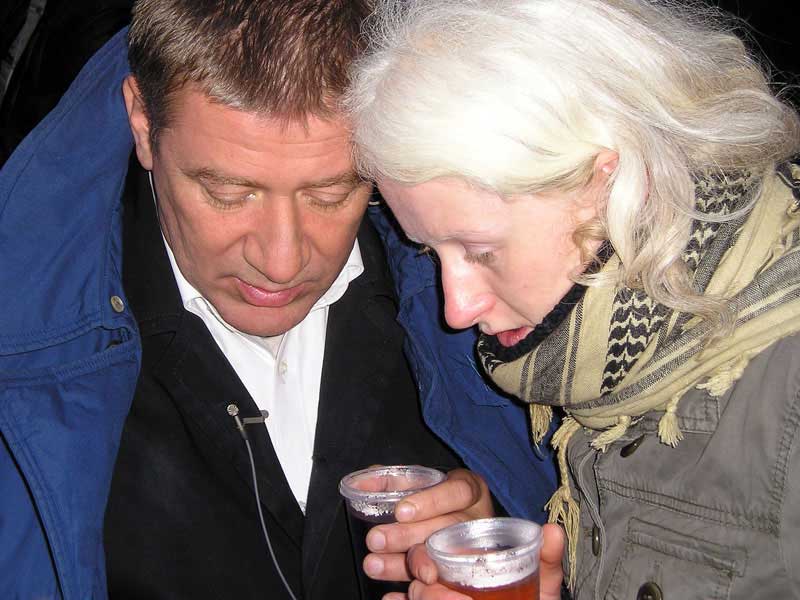 Svetlana dreamed of relieving her beloved from alcohol addiction, she turned a blind eye to many things. Andrei Ivanovich singled her out among the other women he had. He dreamed of playing a magnificent wedding with Svetlana and even divorced his second wife for the sake of it. But they did not have time to arrange the marriage. Svetlana was near Krasko in the last minutes of his life. She had long worried about the departure from the life of a loved one, but time healed deep wounds and after a few years Svetlana found her love and got married.