Contact: [email protected]
Amazing Reveal > Nigerian > Swiss ambassador to Russia: we change presidents every year so that they don’t value their position too highly

Swiss Ambassador to Russia Yves Rossier believes that the annual change of president in his homeland is needed so that the person in this position does not arrogantly.

Rossier said that for him the main difference between Switzerland and Russia is “relations with the state”.
According to the ambassador, in his country the power of the state "must necessarily be under the control of citizens." “The whole modern history of Switzerland is the desire to limit power and authority, the influence of the state as much as possible,” he explained.

He also added that countries with “strong vertical power” are the exact opposite of how “everything works” in Switzerland.
“For example, the presidents change every year – they are elected by rotation so that they do not give a very high assessment of their position,” the ambassador said.

The politician thinks that Russia should learn more about the history of Switzerland: that until 1850 it was the poorest country in Europe. Then "the Swiss simply emigrated massively."
“And in Russia, including at that time, there were a lot of Swiss people – they came in search of work – because Switzerland literally had nothing: the soil is very poor, there are few lands, the subsoil is not famous at all – there is nothing in them”, – he said.

Now, according to Rossier, “Switzerland is truly a rich country,” but people continue to remember the poor past.
"And when you see how the Swiss work, how they invest, and invest a lot in education, you understand that <...> This is the memory of the time when the country was very poor, which makes it so relevant to work and education, ”the ambassador said.

The President of Switzerland is not considered the head of state, because all members of the Federal Council perform these functions collectively.

They elect a candidate for the presidency in December of each year. 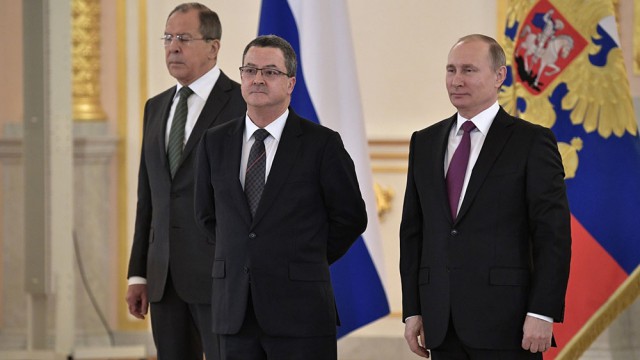 Amazing Reveal > Nigerian > Swiss ambassador to Russia: we change presidents every year so that they don’t value their position too highly