Officials open the sarcophagus in the city of Luxor, southern Egypt.

Egyptian authorities for the first time on Saturday opened the sarcophagus of a mummified woman dating back 3,000 years, BBC reports.

It was one of two ancient coffins found earlier this month by a French-led mission near El-Asasef, close to the famed Valley of the Kings archeological site in south eastern Egypt, Reuters reported. 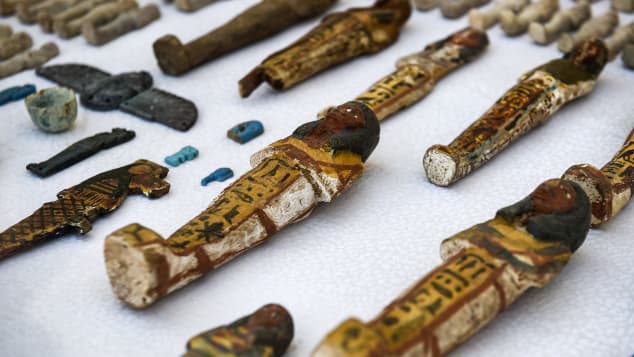 Carved wooden statues were also found in the tomb.

Both had mummies inside, said the report, adding that the first sarcophagus had already been opened and examined by Egyptian antiquities officials.

The second well-preserved mummy was found in a tomb also containing five colored masks and around 1,000 statutes, said Egyptian authorities.

Workers removed 300-meters of rubble over five months to reach the tomb which also featured colorful paintings on the ceiling.