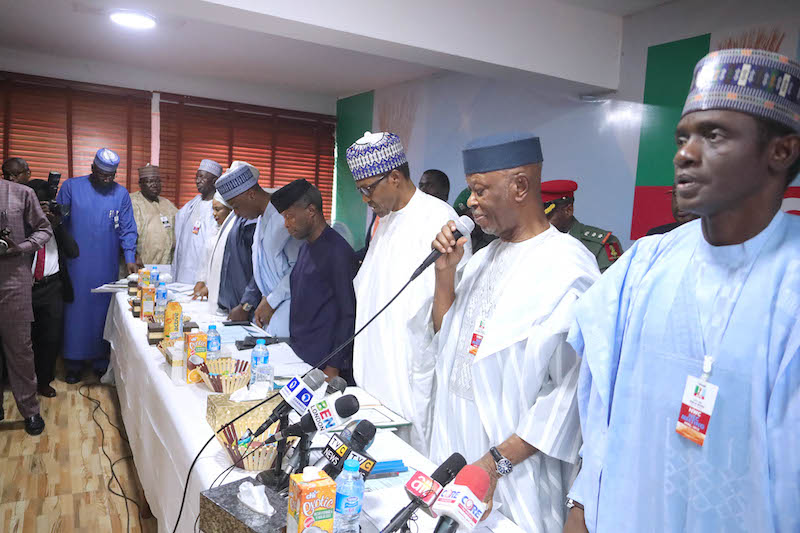 President Muhammadu Buhari said on Monday his support for disadvantaged members of the All Progressives Congress who have decided to sue the party for their dissatisfaction with their decisions.

The President said the courts are still the last option for consensual resolution of disputes. Therefore, he insisted that the party should allow disadvantaged members to fully review their democratic and legal rights.

This is another sign of deepening disagreements within the ruling party.

The APC fought for the primaries after the elections. Fears that developments in the 2019 polls could ripen on the odds.

In particular, the national chairman, Mr. Adams Oshiomhole, has been opposed to some state governors who are reported to have decided to remove him before the elections.

The party has also experienced a storm of overflows in the states and the National Assembly, where now there is a danger that the majority in the House of Representatives will be lost.

Mr Femi Adesina, Special Adviser to the President of the Media and Public Relations, said in a statement in Abuja Monday that Buhari supports the decision of disadvantaged members to appeal to the courts.

In the statement, Buhari was quoted as saying, "We can not purposely deny people their rights.

"We agreed that party primaries should be either direct, indirect or consensual. If someone feels wronged, such a person can go to court.

"The court should always be the last resort for the dissatisfied. For the party that has banned the trial, that's unacceptable to me. "

Buhari, who has also quoted the April APC National Labor Committee threat, said he disagrees with the position of the party leadership.

The NWC had warned: "The party intends to activate constitutional provisions to punish such members, as their actions may undermine the party and violate the interest of the party.

"We strongly urge these members to withdraw all legal proceedings while contacting the relevant party organs to settle outstanding disputes.

"In addition, the affected members are invited to make full use of the reconciliation committees set up by the party."